SUPER SENIORS: Cal’s Ryan Betley, Grant Anticevich and Makale Foreman have combined to account for 39 percent of all Golden Bears points this season, although that figure has fallen to 26 percent over the last five games.

OFFENSIVE THREAT: McKinley Wright IV has either made or assisted on 41 percent of all Colorado field goals over the last three games. The senior guard has accounted for 16 field goals and 19 assists in those games.

COLD SPELL: Cal has lost its last four home games, scoring an average of 63.8 points while giving up 70.8.

ASSIST DISTRIBUTION: The Buffaloes have recently used assists to create baskets more often than the Golden Bears. Cal has an assist on 34 of 69 field goals (49.3 percent) across its past three outings while Colorado has assists on 47 of 86 field goals (54.7 percent) during its past three games. 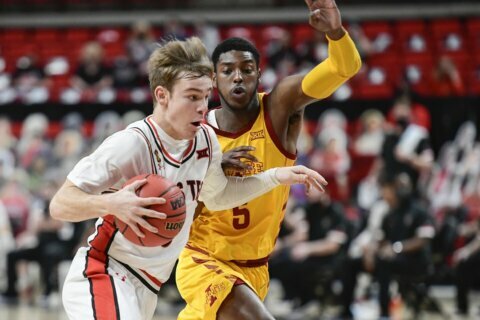