BOTTOM LINE: No. 22 Saint Louis presents a tough challenge for Richmond. Richmond has played a ranked team only once this season and lost. Saint Louis fell 76-71 at home to Dayton in its last outing.

VETERAN PRESENCE: Senior leadership has been on display for both of these teams. Grant Golden, Blake Francis, Jacob Gilyard and Nathan Cayo have combined to account for 71 percent of Richmond’s scoring this season. For Saint Louis, Jordan Goodwin, Javonte Perkins and Hasahn French have scored 51 percent of the team’s points this season, including 72 percent of all Billikens points over their last five.GIFTED GOODWIN: Goodwin has connected on 30 percent of the 30 3-pointers he’s attempted and has made 5 of 18 over his last five games. He’s also made 67.6 percent of his foul shots this season.

DID YOU KNOW: Richmond has committed a turnover on just 15.2 percent of its possessions this season, which is the lowest percentage among all A10 teams. The Spiders have turned the ball over only 10.6 times per game this season. 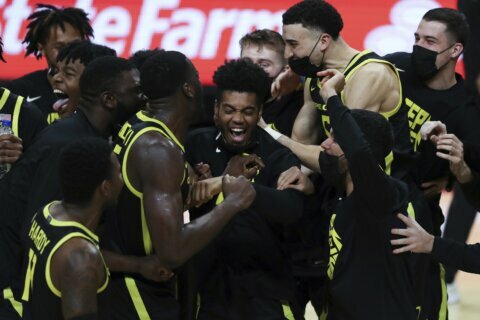