After Toney put Pittsburgh ahead, Syracuse dribbled across midcourt and called a timeout with 5.2 seconds left. But the Orange then turned it over, Xavier Johnson made two free throws for a three-point lead and Alan Griffin’s half-court heave at the buzzer hit the side of the rim.

Pitt had three players and one staff member not travel to Syracuse due to COVID-related protocols. The Panthers were also without Justin Champagnie, averaging 17.8 points per game and 12.3 rebounds, due to a knee injury. 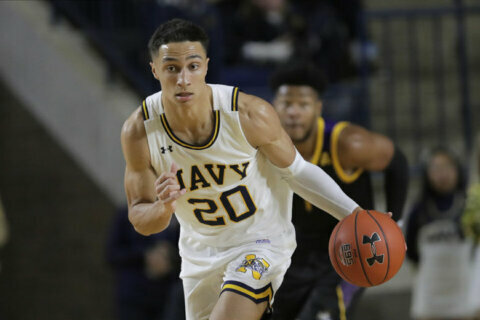