SUPER SENIORS: Delaware State’s Myles Carter, Pinky Wiley and Dominik Fragala have combined to account for 49 percent of the team’s scoring this season and have scored 54 percent of all Hornets points over the last five games.

MEAC IMPROVEMENT: The Spartans have scored 82.1 points per game across seven conference games, an improvement from the 67 per game they recorded in non-conference play.MIGHTY MYLES: M. Carter has connected on 34.1 percent of the 41 3-pointers he’s attempted and has made 6 of 19 over the last three games. He’s also converted 89.7 percent of his foul shots this season.

TWO STREAKS: Delaware State has dropped its last eight road games, scoring 70 points and allowing 94.3 points during those contests. Norfolk State has won its last three home games, scoring an average of 87.7 points while giving up 69.7.

ASSIST DISTRIBUTION: The Spartans have recently gotten buckets via assists more often than the Hornets. Norfolk State has 45 assists on 86 field goals (52.3 percent) over its previous three contests while Delaware State has assists on 34 of 75 field goals (45.3 percent) during its past three games.

DID YOU KNOW: Delaware State is ranked second in Division I with an average of 76.2 possessions per game. 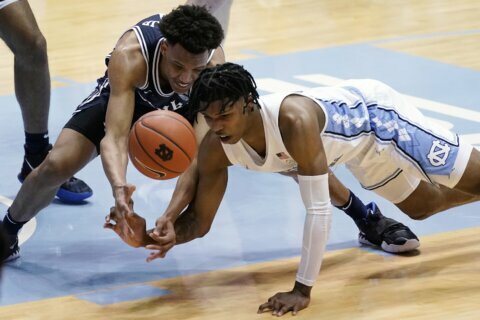