Jordan Nixon and Distiny Pitts each made a pair of free throws in the final 15 seconds to seal the win.

The Aggies trailed 62-60 with less than four minutes to go when Kayla Wells hit a pair of jumpers and Nixon followed with a layup with 1:36 to go. Williams got a pair from the foul line at 1:03.

Texas A&M missed twice and Mizzou once before Wilson stole a pass, which led to Wilson’s free throws with 15 seconds to go. Williams answered at nine seconds to make it 68-66 and the Tigers had a chance when Wilson missed twice from the foul line but another turnover and Pitts saved the game.

Texas A&M plays at Auburn on Thursday when Missouri heads to Florida. 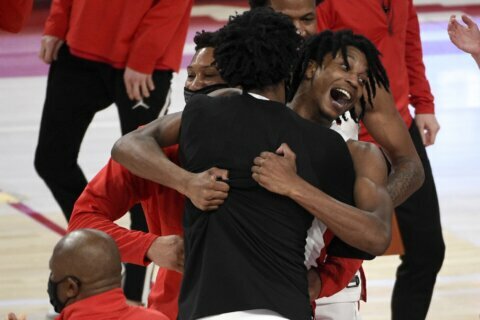