No. 6 Stanford uses fast start to roll past Washington 74-48

SEATTLE (AP) — After a seemingly endless road trip of nearly two months away from its home gym, No. 6 Stanford finally gets to go home.

The Cardinal are more than ready to be back on the floor at Maples Pavilion.

“I think our team is very excited,” Stanford coach Tara VanDerveer said. “Quite honestly, we’re pretty tired; three games in five days and travel. Our team, they’ve been warriors and I’m really proud of them.”

Stanford closed out its long journey away from home with a 74-48 win over shorthanded Washington on Sunday for its fourth straight win.

Hannah Jump matched her season-high with 15 points off the bench and Stanford used a fast start to cruise the easy victory.

The Cardinal (15-2, 12-2 Pac-12) led by 19 after scoring a season-high 28 points in the first quarter and were never threatened in completing a three-game sweep of the Washington schools this week. The Cardinal defeated Washington State twice before knocking off the Huskies to complete the extended road trip.

Lexie Hull and Kiana Williams both added 12 points for the Cardinal.

Stanford had a brief scare when leading scorer Haley Jones limped off the court midway through the first quarter grabbing at her right knee. She sat the entire second quarter but returned to start the second half and finished with 12 points playing 20 minutes.

“I just think that we’ve got so many weapons, if someone’s not feeling it then someone else will step up,” VanDerveer said. “Hopefully everyone is ready to play all the time.”

When the Cardinal return home, they’ll be able to participate in basketball activities on campus for the first time since late November. Changes in health directives from Santa Clara County will allow Stanford to practice and play on its home floor after spending parts of the past two-plus months bouncing around various locations in Northern California, Las Vegas and through the Pac-12 footprint to practice and play games.

VanDerveer joked she was going to crank the music in the gym the first time they can get on the court.

“I’m really just looking forward to getting back into Maples, being able to just go to the gym and get up shots whenever we want,” Jump said. “We’re all super pumped to be back.”

Washington had only nine players in uniform and was without leading scorer Tameiya Sadler. Sadler had 12 points in Washington’s loss to Oregon State earlier in the week, but was limited to just 16 minutes due to foul trouble. The Huskies were so shorthanded that a practice player — Carol Chikusa — was added to the roster this week and played a handful of minutes.

“I’m really proud of the fact that we could have easily quit, we could have easily not even shown up today, quite frankly, because we didn’t know if we were going to even have seven on scholarship able to play,” Washington coach Jody Wynn said. “ … Our team wanted to fight, they wanted to compete and I thought we showed that in the last three quarters.”

Stanford: Since losing to Washington in an NCAA regional final in 2016, the Cardinal have won 10 straight over the Huskies and they haven’t been particularly close. Eight of the 10 wins for Stanford have been by 10 or more points.

Washington: The Huskies played their first home game since Dec. 19 when they lost to Oregon. The Huskies had home games against Oregon State, Arizona, Arizona State and California postponed due to COVID issues either with the Huskies or their opponents.

Stanford: The Cardinal are scheduled to face Colorado at home on Friday.

Washington: The Huskies will host USC on Friday. 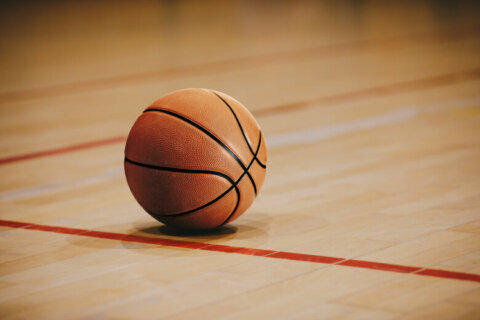 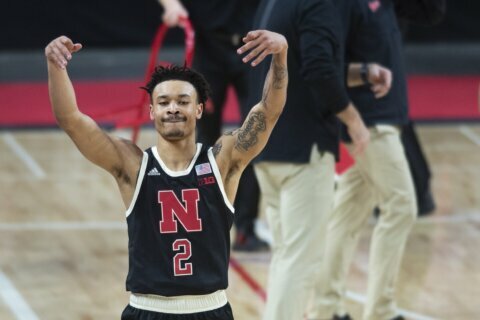