BOTTOM LINE: Middle Tennessee seeks revenge on Florida International after dropping the first matchup in Murfreesboro. The teams last played each other on Jan. 8, when the Panthers outshot Middle Tennessee from the field 48.3 percent to 39.6 percent and recorded seven fewer turnovers en route to a 13-point victory.

SUPER SENIORS: Florida International has relied heavily on its seniors. Radshad Davis, Tevin Brewer, Dimon Carrigan and Eric Lovett have collectively accounted for 47 percent of the team’s scoring this year and 53 percent of all Panthers points over the team’s last five games.ACCURATE ANTONIO: Antonio Daye, Jr. has connected on 41.4 percent of the 29 3-pointers he’s attempted and has made 4 of 12 over the last five games. He’s also converted 72.7 percent of his foul shots this season.

SIGNIFICANCE OF 70: Middle Tennessee is 0-5 when its offense scores 70 points or fewer. Florida International is a perfect 5-0 when it holds opponents to 70 or fewer points and has allowed 66 points per game over its last five.

UNBEATEN WHEN: Florida International is a perfect 6-0 when its defense holds opponents to a field goal percentage of 43.3 percent or less. The Panthers are 2-3 when allowing the opposition to shoot any better than that.

DID YOU KNOW: The Florida International defense has forced opponents into turnovers on an impressive 25.4 percent of all possessions, which ranks the Panthers 17th among Division I teams. Middle Tennessee has turned the ball over on 22.1 percent of its possessions (ranking the Blue Raiders 284th, nationally). 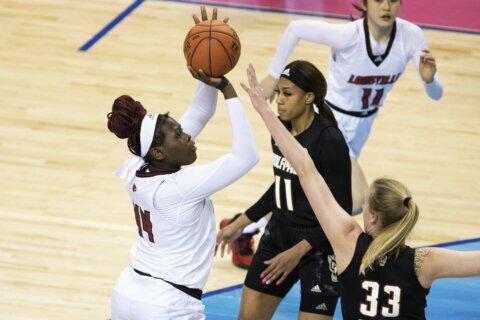