COLUMBIA, S.C. (AP) — Allen Flanigan scored a career-high 24 points with four 3-pointers, Sharife Cooper had a double-double by halftime and Auburn resoundingly thwacked South Carolina 109-86 on Saturday for its first win on the Gamecocks home floor since 2014.

Auburn put up its most points in a Southeastern Conference road win in program history.

Cooper, a freshman who was granted eligibility by the NCAA Jan. 9, scored 16 points and had 12 assists for his second career double-double. He already had 10 points and 11 assists in the books in the first 20 minutes.

Cooper’s impact was felt in Auburn’s breakaway 11-1 run taking a little over two minutes of the first half. Though he took only one shot, and missed, he had four assists and a blocked shot during the run.

The Auburn outburst included back-to-back dunks from Javon Franklin and Williams bracketed around Cooper’s block of South Carolina’s Trae Hannibal. The dunks pushed Auburn’s lead into double digits, 25-14, where it stayed most of the way to halftime and all of the second half.

The Tigers opened the second half with six straight points.

Keyshawn Bryant scored 24 points for South Carolina (3-5, 1-3), with AJ Lawson adding 23 and Jermaine Couisnard 16. Couisnard had six assists. The Gamecocks were outrebounded 46-34, outscored on second-chance points 21-9 and 46-30 in the paint.

Auburn next plays back-to-back games against teams in the Top 25: hosting No. 19 Missouri on Tuesday before traveling to No. 2 Baylor on Jan. 30. South Carolina plays host to Georgia on Wednesday. 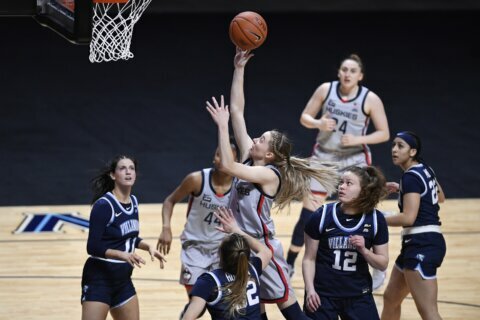 New
Trail network to extend to Rehoboth Beach in Delaware