Ole Miss (6-6, 1-4 Southeastern Conference) led almost the entire first half despite going 1 of 13 from the arc and had a one-point lead after Romello White’s basket in the opening seconds of the second half. But Fagan scored 13 points in a 24-8 run that left the Bulldogs (8-4, 1-4) ahead 53-38 with 12 minutes remaining.

Devonte Shuler led a 9-0 run with seven points that got the Rebels within a one with 1:27 to go but Wheeler made four free throws over the next minute and another by Justin Kier provided the final margin with five seconds left.

K.D. Johnson, playing in only his second game after given NCAA clearance, followed his 21-point debut against Auburn with 14 points against the Rebels, including four 3-pointers on five attempts. Toumani Camara added 13 points. The Bulldogs shot 75% in the second half and 59% for the game. 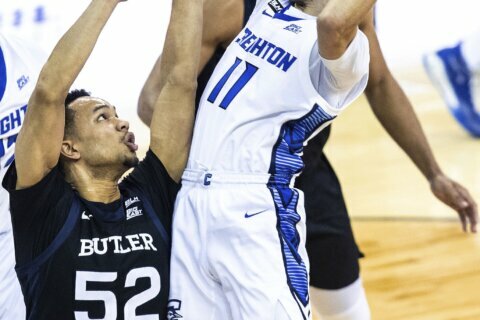