Wahab’s blocks total put him in a tie for sixth place all-time in a single game with former Hoyas Alonzo Mourning and Tom Scates, who each blocked nine shots twice. The school record for blocks in a game is 12 set by Dikembe Mutombo. Wahab finished a block shy of tying Georgetown head coach Patrick Ewing who swatted 10 against Boston College on Feb. 9, 1985.

Wahab’s last block of the night came with two seconds left in overtime and the Hoyas clinging to a 96-94 lead.

Isaih Moore grabbed an offensive rebound off Greg Williams Jr’s. missed free throw. Moore’s put-back attempt to tie it was swatted by Wahab and the loose ball recovered by the Hoyas. Harris made 1 of 2 foul shots to end the game. 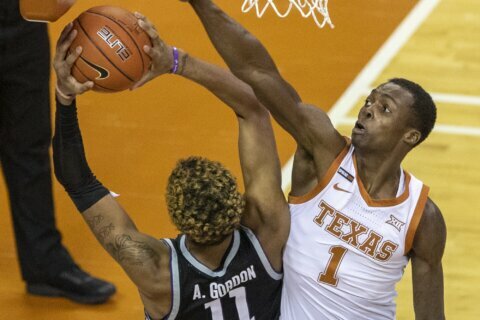