USC’s Mobley and Stanford’s Williams square off this weekend

A look at things to watch this week in Pac-12 Conference basketball:

GAME OF THE WEEK: Stanford at USC, Sunday. Two of the nation’s top freshmen will square off in the conference openers for both schools. Evan Mobley arrived at USC with plenty of hype and has lived up to it so far. The 7-footer has been dominant early this season, averaging 16.5 points and 8.5 rebounds with 10 blocked shots in four games. Ziaire Williams arrived in Northern California as the highest-rated recruit in Stanford history. the 6-foot-8 forward is averaging 9.8 points and 6.5 rebounds so far.

LOOKING AHEAD: Oregon plays at Washington Saturday in the only other conference game this week. The Ducks dropped out of the AP Top 25 this week after losing to Missouri last Wednesday. Oregon has won 23 straight home games. The Huskies have struggled to start the season, losing to No. 2 Baylor, UC Riverside and Utah. … No. 23 Arizona State has the marquee nonconference game of the week, facing No. 24 San Diego State on Thursday. The Sun Devils are coming off an eight-point win over California in their Pac-12 opener and the Aztecs moved into the AP Top 25 this week after beating Pepperdine to open the season 4-0.

INSIDE THE NUMBERS: Washington State, picked to finish 11th in the Pac-12 preseason poll, is 3-0 for the first time since 2017. … Last week’s pair of conference games were the earliest since 1989. … Utah has a chance to end BYU’s 16-game home winning streak on Saturday.

PLAYER TO WATCH: Oregon’s Eugen Omoruyi. The senior forward had 31 points and 11 rebounds against Missouri last week to join Kansas State’s Michael Beasley (2007-08) and North Carolina’s Cole Anthony (2019-20) as the only major conference players in the last 25 year to have at least 30 points and 10 rebounds in a debut.

ON THE WOMEN’S SIDE: Stanford coach Tara VanDerveer needs one victory to tie Pat Summitt for most wins in NCAA women’s basketball history with 1,098. The Cardinal, who moved atop the AP Top 25 this week, face rival California on Sunday. … Arizona moved into No. 6 in this week’s poll for its highest ranking ever. The Wildcats face rival Arizona State on Thursday. … Rivalry week in the Pac-12 also includes No. 8 Oregon at No. 15 Oregon State and No. 11 UCLA at USC. 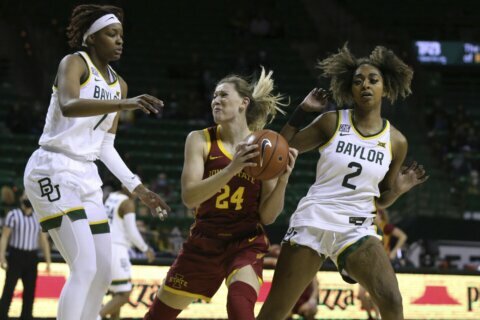 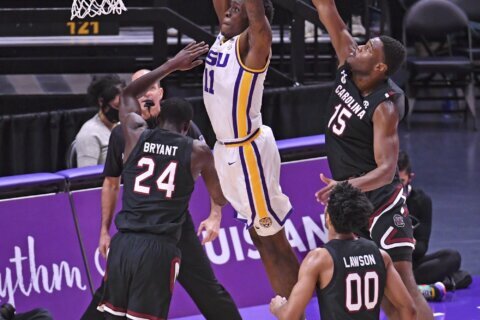 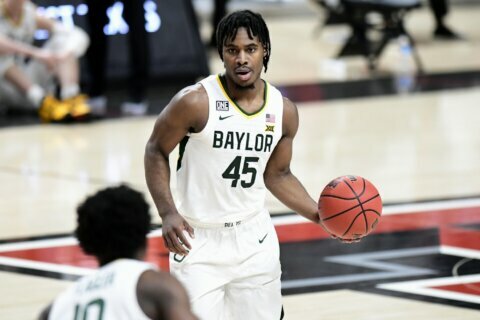