Isaiah Mobley added 13 points, seven rebounds and blocked two shots for USC (5-1). The Mobley brothers combined for 12-of-16 shooting and had 14 of the Trojans 44 rebounds.

The Trojans hadn’t played since Dec. 8, a 91-56 rout of UC Irvine, due to a confirmed COVID-19 case within the program. They canceled games against San Francisco and Texas Southern, and had their opening Pac-12 matchups against Stanford and Oregon State postponed.

Josip Vrankic and Christian Carlyle scored 13 points apiece for Santa Clara (6-2), which has lost two consecutive games after a 6-0 start.

Evan Mobley scored six points during a 14-4 run that gave the Trojans a 20-10 lead with 14 minutes remaining in the first half, and they led by double digits the rest of the way. 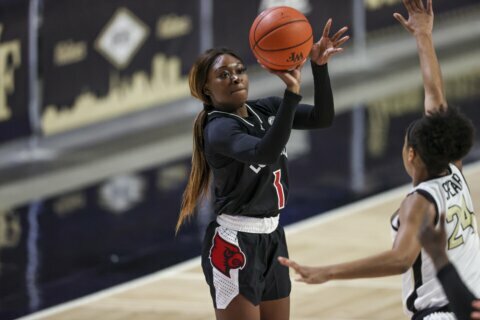