Williams shot 4 of 12 from the floor and made 9 of 10 free throws. Wills was 5-of-7 shooting. The duo had team highs with seven rebounds and three assists apiece.

Oscar da Silva, who scored 21 points in the Cardinal’s win against Arizona, had 10 points against the Roadrunners and snapped his three-game stretch of scoring 20-plus points.

The Cardinal took the lead for good midway through the first half. CSUB pulled within seven points in the second before Stanford used a 13-5 run to build its largest lead, 57-42 with 5:44 remaining. Wills scored the last six points that included a dunk during the stretch.

The Stanford home game was played at Kaiser Permanente Arena due to COVID-19 restrictions in Palo Alto, California. The Cardinal’s next scheduled game is Dec. 31 at Oregon State to resume Pac-12 play. 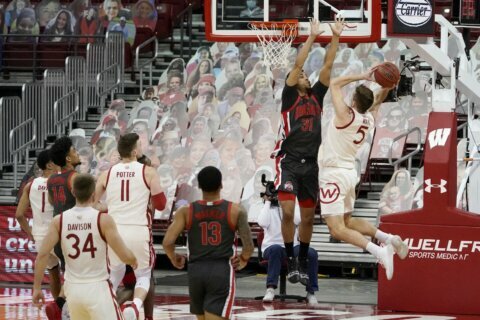