PORTLAND, Ore. (AP) — James Scott scored 26 points, including the go-ahead three-point play with 31.3 seconds to play as Portland State scored the last seven points of the game to defeat Weber State 74-72 on Sunday.

The teams met on Friday to open their Big Sky Conference season and Weber State rolled 94-66. This time the Vikings led by a dozen at halftime but the Wildcats put together a 15-0 run to go 67-62 with seven minutes to go.

Khalid Thomas, who scored 20 points for the Vikings, hit a 3-pointer to cut the deficit to 72-70 with 2:13 to play. Both teams missed chances — the Wildcats misfired on their last four shots — before Scott worked his way into the lane and attacked the rim. 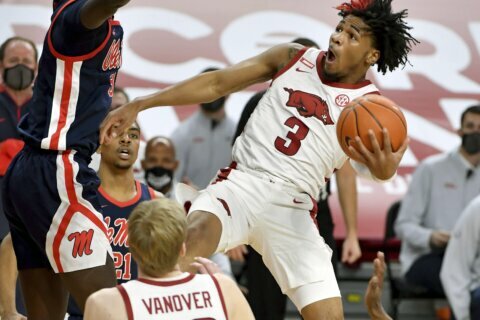