BOTTOM LINE: San Diego and Arizona look to bounce back from losses. Each squad is coming off of a loss this past Saturday. Arizona lost 78-75 in Santa Cruz to Stanford, while San Diego fell 85-53 at UC Irvine.

SUPER SENIORS: San Diego has relied heavily on its seniors. Through four games, Joey Calcaterra, Yauhen Massalski, Josh Parrish, Frankie Hughes and Vladimir Pinchuk have collectively accounted for 73 percent of all Toreros scoring this season.JUMPING FOR JOEY: Calcaterra has connected on 45 percent of the 20 3-pointers he’s attempted and has gone 5 for 15 over his last three games. He’s also converted 100 percent of his foul shots this season.

STREAK STATS: Arizona has won its last five home games, scoring an average of 78.8 points while giving up 59.2.

PASSING FOR POINTS: The Toreros have recently gotten buckets via assists more often than the Wildcats. Arizona has an assist on 41 of 75 field goals (54.7 percent) over its previous three games while San Diego has assists on 40 of 69 field goals (58 percent) during its past three games. 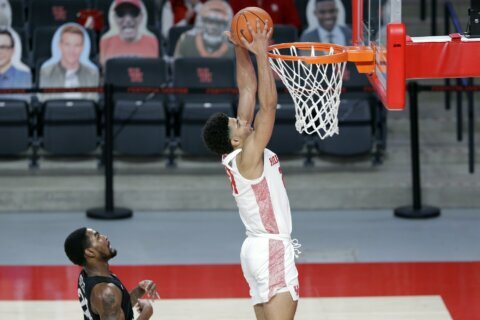 Garza, No. 5 Iowa roll to 96-73 victory over Northwestern