BOTTOM LINE: Pittsburgh looks for its sixth straight victory of the season as it takes on Louisville. Louisville fell 85-48 at Wisconsin on Saturday. Pittsburgh is coming off a 70-55 win over Miami on Wednesday.

TEAM LEADERS: The powerful Justin Champagnie has put up a double-double (17.8 points and 12.3 rebounds) to lead the charge for the Panthers. Xavier Johnson has paired with Champagnie and is maintaining an average of 15.2 points, 4.7 rebounds and six assists per game. The Cardinals are led by Carlik Jones, who is averaging 13.8 points, 5.6 rebounds and 4.2 assists.

CREATING OFFENSE: David Johnson has accounted for 48 percent of all Louisville field goals over the last three games. The sophomore guard has 16 field goals and 18 assists in those games.

STREAK SCORING: Pittsburgh has won its last three home games, scoring an average of 79.7 points while giving up 61.

ASSIST DISTRIBUTION: The Cardinals have recently converted buckets via assists more often than the Panthers. Pittsburgh has 41 assists on 74 field goals (55.4 percent) across its previous three outings while Louisville has assists on 40 of 71 field goals (56.3 percent) during its past three games.

DID YOU KNOW: Pittsburgh is rated second among ACC teams with an offensive rebound percentage of 37.4 percent. The Panthers have averaged 14.3 offensive boards per game. 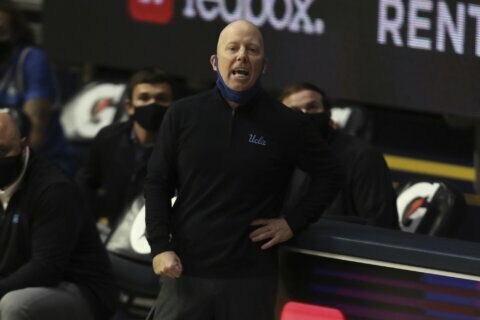