A preseason that was paused for a couple weeks. No exhibitions. A marquee game against Gonzaga scrapped. An early schedule haphazardly cobbled together. Then, a stretch of four games in eight days.

The Southeastern Conference season is finally next for No. 8 Tennessee. The Volunteers (6-0) battled Wednesday in an 80-60 victory over USC Upstate.

Victor Bailey scored 18 points to lead the victory. It wasn’t until a 12-2 run midway through the second half that the Volunteers finally pulled away, Bailey had four points in that burst. Josiah-Jordan James added 11 points and eight rebounds. John Fulkerson scored 10.

“Upstate had a terrific game plan,” said Tennessee coach Rick Barnes. “They shortened the game. It was better than beating someone by 30 or 40 points (like the Vols’ two previous wins). They played at a different pace. They played with great poise.”

The Spartans (0-8) were led by Tommy Brunner with 18 points. Everette Hammond added 13 points.

“Tonight’s message to our guys was, ‘Let’s just get Upstate basketball better,'” said Spartans coach Dave Dickerson. “I think we did.”

A steal and rebound basket by Nevin Zink pulled the Spartans within five, 29-24, with 2 minutes left in the half.

Tennessee comfortably goes eight deep in its rotation. Wednesday night, the Vols may have discovered a new dynamic to that depth.

Olivier Nkamhoua, a 6-foot-8 sophomore who is a native of Finland, stepped up and played 13 quality minutes. He scored nine points and had a rebound and a block to go with it.

“The best play (Nkhamhoua) had was the block,” Barnes said. “It’s what I call a ‘fix it’ play. Olivier looked more relaxed than he ever has here.”

“I’ve accepted the fact that there’s a lot for me to learn,” said Nkhamhoua. “I don’t have to be perfect. I’m just working to get better every time on the court.”

In the final five minutes of the game, James hobbled off the court with what appeared to be a non-contact injury to his left knee. Barnes said the injury wasn’t serious.

“He’s fine,” the coach said. “I thought he played terrific tonight. He contributed in a lot of areas.”

Besides his 11 points, James had eight rebounds, five assists and three steals — as well as a couple deflections that upset the flow of the Spartan offense.

“We need someone like Josiah,” said Bailey. “His impact is needed in so many places. He brings the energy.”

USC Upstate: Winless through eight games, the Spartans are in search of an identity as the bulk of their Big South Conference season is looming.

Tennessee: There’s always a challenge about whether a team is ready for the meat of its schedule. This year, given the unique circumstances caused by the pandemic, the concern is even greater. Did blowout victories over Tennessee Tech and St. Joseph’s and a struggle against USC Upstate do enough to prepare the Vols for the Southeastern Conference grind ahead?

USC Upstate: The Spartans took a break from Big South Conference play to take on Tennessee. They will return to league action next Wednesday at High Point.

Tennessee: The Vols will get their first taste of SEC competition Wednesday when travel to Missouri. 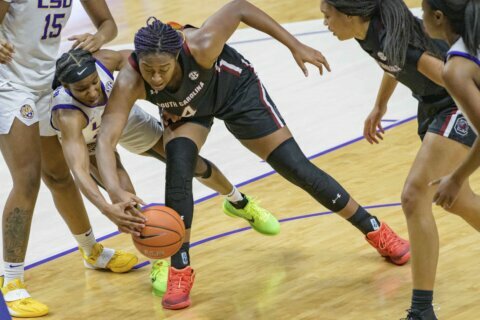