No. 12 Michigan State looks to knock off No. 9 Wisconsin

.MIGHTY MICAH: Micah Potter has connected on 47.6 percent of the 21 3-pointers he’s attempted and has gone 6 for 10 over his last three games. He’s also made 84.4 percent of his foul shots this season.

STREAK SCORING: Michigan State has won its last five home games, scoring an average of 86.8 points while giving up 73.

ACCOUNTING FOR ASSISTS: The Spartans have recently used assists to create baskets more often than the Badgers. Michigan State has 79 assists on 97 field goals (81.4 percent) across its previous three games while Wisconsin has assists on 47 of 78 field goals (60.3 percent) during its past three games.

DID YOU KNOW: The Wisconsin offense has recorded a turnover on only 12.8 percent of its possessions, which is the second-best rate in the nation. The Michigan State defense has forced opposing teams to turn the ball over on just 15.3 percent of all possessions (ranked 315th among Division I teams).

The Latest: NBA’s Wizards cleared to return to practice 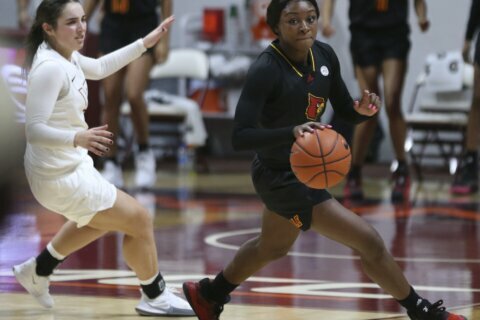