BOTTOM LINE: Marquette and Creighton meet in the first Big East game of the season for both teams. In conference play last season, Marquette finished with eight wins and 10 losses, while Creighton won 13 games and lost five.

PLENTY OF EXPERIENCE: Senior leadership could play a big role in the outcome of this game. Marcus Zegarowski, Denzel Mahoney and Damien Jefferson have combined to score 44 percent of Creighton’s points this season. For Marquette, Koby McEwen, Dawson Garcia, Jamal Cain and Theo John have combined to account for 60 percent of all Marquette scoring, including 71 percent of the team’s points over its last five games.MIGHTY MCEWEN: McEwen has connected on 43.3 percent of the 30 3-pointers he’s attempted and has made 11 of 24 over the last five games. He’s also converted 79.2 percent of his foul shots this season.

STREAK STATS: Creighton has won its last four home games, scoring an average of 88.5 points while giving up 64.3.

DID YOU KNOW: The Creighton offense has recorded a turnover on only 13.7 percent of its possessions, which is the 14th-best rate in the country. The Marquette defense has forced opposing teams to turn the ball over on just 16.6 percent of all possessions (ranked 275th among Division I teams). 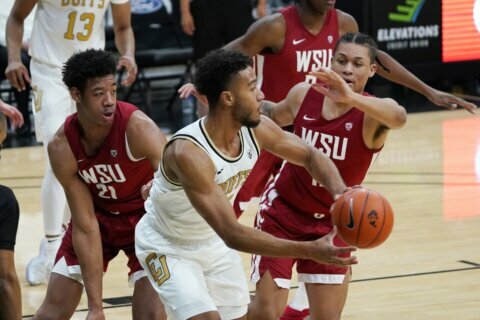