BOTTOM LINE: La Salle looks for its ninth straight win in the head-to-head series over Fordham. In its last eight wins against the Rams, La Salle has won by an average of 10 points. Fordham’s last win in the series came on Feb. 24, 2016, a 56-53 victory.

SUPER SENIORS: La Salle’s Jack Clark, David Beatty and Clifton Moore have collectively scored 37 percent of all Explorers points this season, though their production has dropped to 28 percent over the last five games.JUMPING FOR JACK: Clark has connected on 27.9 percent of the 43 3-pointers he’s attempted and has made 4 of 16 over the last three games. He’s also converted 83.3 percent of his foul shots this season.

LAST SEASON: These conference foes matched up on two occasions during the 2019-20 campaign, with La Salle sweeping the season series. 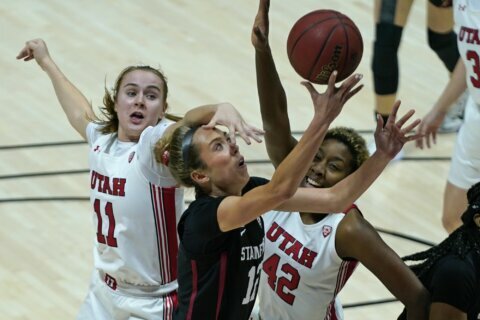