And with Nunge now back with the Hawkeyes, Garza couldn’t be happier — for a lot of reasons.

Garza scored 35 points, 30 in the first half, and grabbed 10 rebounds as No. 3 Iowa stayed unbeaten with a 99-58 win over Western Illinois on Thursday night.

Nunge, playing his first game this season following the death of his father, matched his career high with 18 points for the Hawkeyes (3-0).

“It was incredible,” Garza said. “His strength is so inspiring. That’s my brother. He is so responsible for the development of myself and my game. I’m just so proud of him, and his ability to push through everything he and his family are going through.”

Nunge’s career has taken a different path than Garza. Nunge took a redshirt season two years ago, then missed almost all of last season with a knee injury.

He was expected to be a key part of Iowa’s rotation this season, but he missed the first two games because of the death of his father, Mark, a physician in Newburgh, Indiana.

“It’s been a long road for me — it’s been over a year since I’ve played a game,” Nunge said. “To go out there and finally show what I can do felt good for me.

“It was something my dad would be proud of. He’s watching me from up above. He doesn’t have to worry about work or anything. He can watch me play.”

“It was just so incredible to see,” Iowa coach Fran McCaffery said. “And I knew it was going to happen.”

Garza posted his 23rd career double-double and reached 30 points in the first half for the second consecutive game. He had 36 by halftime of last Friday’s 103-76 victory over Southern.

It was the 19th straight game of 20 points or more for Garza, the lone unanimous selection on The Associated Press preseason All-America team. That matched North Carolina State’s T.J. Warren (2013-14) for the longest streak by a major conference player over the last 20 seasons.

“You can watch film all you want on Garza,” Western Illinois coach Rob Jeter said. “Until you get out there, you don’t know what it’s like. Right now, it’s too easy for him.”

Western Illinois was playing its first game under Jeter. The Leathernecks have 14 new players on their 16-man roster. They missed 20 of their first 24 shots and went scoreless for almost six minutes in the first half.

Iowa opened the season with games against North Carolina Central, Southern and Western Illinois, but the schedule will get tougher in the coming weeks. The Hawkeyes play North Carolina and Iowa State next week, and will face No. 1 Gonzaga on Dec. 19 in Sioux Falls, South Dakota.

Western Illinois has a home game against Central Michigan on Sunday.

The Hawkeyes are off until Tuesday when they host No. 14 North Carolina in the ACC/Big Ten Challenge, their first game against a ranked opponent this season. 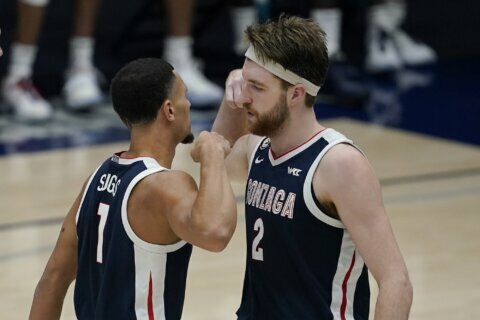