Clemson made five 3-pointers in the opening nine minutes to build a 19-6 lead. The Tigers led by double figures the rest of the way, including 38-15 at halftime after holding Maryland to 6-of-23 shooting (26.1%).

Simms had 12 points in the first half, and Clemson made as many 3-pointers (six) as Maryland’s field-goal total.

Nick Honor added 10 points and Alex Hemenway eight for Clemson (4-0), which received seven votes in the AP Top 25 poll on Monday. Hemenway was one of four players with two 3-pointers as the Tigers shot 9 of 20 from distance.

Donta Scott was the only player for Maryland (4-1) in double figures with 11 points. The Terrapins were held to 20-of-50 shooting.

Clemson is scheduled to play Alabama on Saturday. Maryland opens Big Ten play at home on Monday against No. 21 Rutgers. 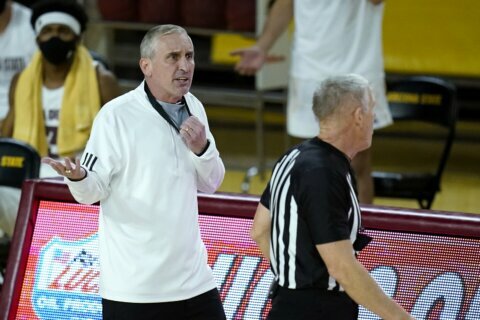