BIG MEN ON CAMPUS: Eli Scott and Dameane Douglas have led the Lions. Scott has averaged 13.9 points and 8.6 rebounds while Douglas has put up 14 points and 7.1 rebounds per game. The Broncos have been led by RayJ Dennis and Derrick Alston Jr., who have combined to score 30.3 points per contest.

CREATING OFFENSE: Dennis has made or assisted on 40 percent of all Boise State field goals over the last three games. The sophomore guard has accounted for 19 field goals and 14 assists in those games.

ACCOUNTING FOR ASSISTS: The Broncos have recently used assists to create baskets more often than the Lions. Boise State has an assist on 47 of 82 field goals (57.3 percent) across its past three outings while Loyola Marymount has assists on 40 of 74 field goals (54.1 percent) during its past three games.

STINGY STATE: Boise State has held opposing teams to 59 points per game, the second-lowest figure among all MWC teams. 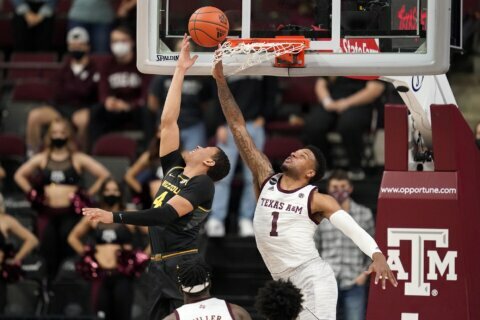