BOTTOM LINE: Belmont looks for its 16th straight conference win against UT Martin. Belmont’s last OVC loss came against the Austin Peay Governors 86-78 on Jan. 25, 2020. UT Martin lost 80-70 on the road against Jacksonville State in its most recent game.

STEPPING UP: The powerful Cameron Holden has averaged 17 points and 7.3 rebounds to lead the charge for the Skyhawks. Eden Holt is also a primary contributor, putting up 10.3 points per game. The Bruins have been led by Nick Muszynski, who is averaging 16 points and 5.7 rebounds.CLUTCH CAMERON: Holden has connected on 30 percent of the 10 3-pointers he’s attempted and has gone 2 for 7 over his last five games. He’s also made 74.5 percent of his foul shots this season.

FLOOR SPACING: Belmont’s Luke Smith has attempted 74 3-pointers and connected on 45.9 percent of them, and is 13 for 31 over the last five games.

DID YOU KNOW: UT Martin has committed a turnover on just 17.3 percent of its possessions this season, which is the best percentage among all OVC teams. The Skyhawks have turned the ball over only 12.5 times per game this season. 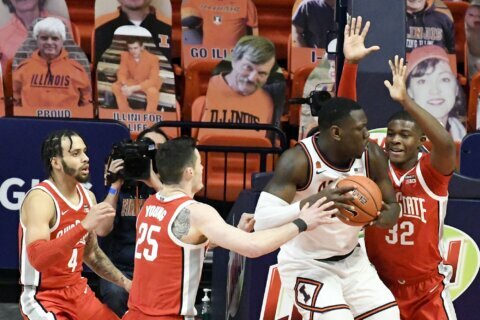