SEATTLE (AP) — The first two seasons went almost perfectly for Mike Hopkins. A season for building a foundation and trust was followed by a season where everything meshed and Washington won a Pac-12 regular-season title and made a return to the NCAA Tournament.

But the program didn’t take the next step in the progression in Year 3. Even with a pair of freshman stars, the Huskies finished last in the conference and 15-17 overall.

It was a stark reminder of the work still facing Hopkins in rebuilding the Huskies into a regular contender in the Pac-12.

“Last year we had so many new guys in new positions and we had these young superstars,” Hopkins said. “This year we’ve got some proven players with a lot of mileage under their belt, and that experience, especially at the guard position, will hopefully pay dividends.”

Hopkins begins his fourth season at Washington at the end of November with a roster that is a mix of returning players and what he hopes is a handful of impact transfers. Gone are star freshmen Isaiah Stewart and Jaden McDaniels, both bound for the NBA.

Despite those departures, Washington may be a deeper team and won’t be as reliant on youth. Guard Quade Green is back after missing half of last season due to academic ineligibility, which sent the Huskies’ season into a spiral. The Huskies are hopeful transfers Erik Stevenson (Wichita State), Cole Bajema (Michigan), J’Rann Brooks (USC) and Nate Pryor (junior college) can all make an immediate impact.

The biggest question for Washington is the status of guard Nahziah Carter, who was suspended in October for violating the code of conduct in the Washington athletic department. Carter averaged 12.2 points and played 31 minutes per game, the highest totals of any returning Huskies player.

“Obviously, you’re talking about a guy who is an all-league-caliber player, fourth-year player. Really started to thrive in moments last year,” Hopkins said. “Hopefully he can come back. If not, it would be a huge loss for us.”

The return of Green is a big boost for Washington’s backcourt. The Huskies were 11-4 last season when Green was on the court. When he was ruled ineligible in early January, the Huskies crumbled without their floor leader, going 4-13 over the final 17 games.

Washington’s four transfers could all end up playing significant roles. Stevenson is the most experienced. He started 21 of 31 games last season at Wichita State and averaged 11.1 points per game, including games of 29 points against Ole Miss and 27 against UCF.

Brooks would be next on the list because Washington lacks depth in the frontcourt. At 6-foot-9, Brooks is one of only three players on the Huskies roster who is 6-9 or taller.

Bajema appeared in just nine games last season at Michigan, but Hopkins has raved about his ability as a scorer.

Pryor is likely to be Green’s primary backup at point guard but also showed a knack for scoring at the junior college level at North Idaho College.

“Coming back here and being surrounded by a bunch of gym rats and coaches that want to push you every day is, I mean, it’s what every basketball player wants,” Brooks said.

While the Huskies were primarily an interior-oriented, half-court team a season ago, that won’t be the case this year. Hopkins wants Washington to play faster and be more of a perimeter team. Last season, Washington averaged 21 3-point attempts per game and made less than seven. Expect those numbers to rise significantly.

“We’ve been working on really getting the ball down the court, getting great spacing and then when the ball moves, player moves and it just gets a better flow, better rhythm, and I think be way more effective,” Hopkins said.

The pandemic decimated what was supposed to be a solid nonconference schedule for the Huskies that included matchups against Gonzaga, Auburn and Oklahoma. Hopkins said the focus was on a more regionalized schedule that cut down on travel and possible exposure. 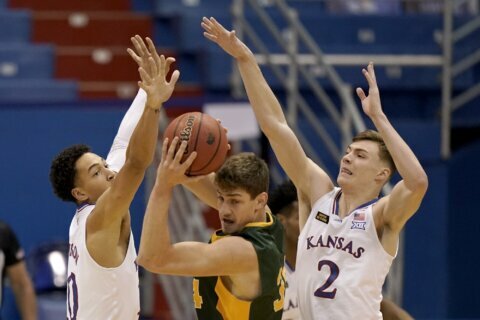