NEW YORK (AP) — Dawn Staley already has accomplished so much at South Carolina. Now she can add the first preseason No. 1 ranking in school history to the list of achievements.

The Gamecocks received 29 of the 30 first-place votes in The Associated Press preseason women’s Top 25 released Tuesday.

“It’s pretty cool to be the first to do things at a place, where you can feel the love for our team in this town,” said Staley, who has won a national championship and five SEC Tournament titles since coming to the school in 2008. “They’ve been along this journey with us and allowed us to do things like this.”

The Gamecocks, who had been second twice in the preseason poll, in 2014 and 2015, finished last season at No. 1 for the first time. Staley hopes that this year’s team will get a chance to compete for a national championship after last season’s NCAA Tournament was canceled because of the coronavirus pandemic.

Following the Gamecocks at No. 2 was Stanford, which received the other first-place vote from the national media panel. It’s the Cardinal’s highest ranking in the preseason since the 2009 season when the team also was second.

“I’m proud of our team and they are coming to the gym and getting better,” Stanford coach Tara VanDerveer said. “We have a long way to go, no doubt, but I’m very excited.”

UConn, Baylor and Louisville round out the top five. It is the 14th consecutive year that the Huskies were ranked in the top five in the preseason.

Mississippi State was sixth. Arizona was seventh, the first time since 2004 that the Wildcats have been ranked in the preseason poll. North Carolina State, UCLA and Oregon rounded out the top 10.

Northwestern was ranked in the preseason poll for the first time since 2015, coming in at No. 17. Joe McKeown’s squad was in the AP Top 25 for the final nine weeks last season, climbing to No. 11 in the final poll. There is a lot of excitement around the program because of senior Lindsey Pulliam, who was first team all-conference last year, and junior Veronica Burton, the Big Ten Defensive Player of the Year.

KNOCKING ON THE DOOR

Texas, under new coach Vic Schaefer, was the first team outside the Top 25, followed by South Dakota, Florida State, North Carolina and Arizona State. All those teams, except for the Tar Heels, were in the final poll last season. 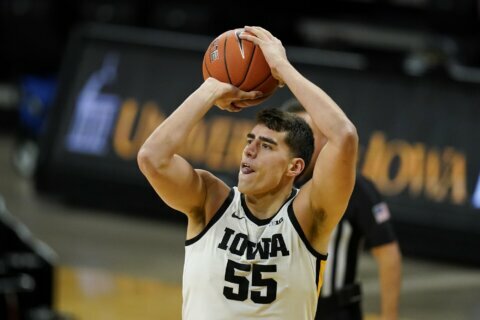 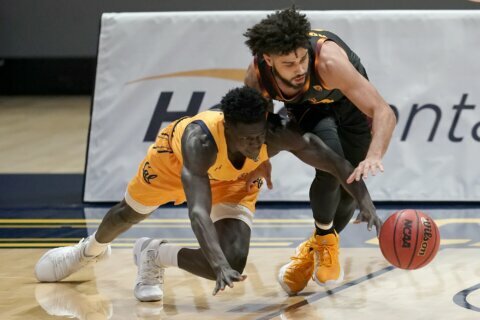