Kermit Davis took Mississippi back to the NCAA Tournament in his first season two years ago. He’s banking heavily on transfers for any chance to make another run.

The Rebels, who must replace high-scoring guard Breein Tyree, brought in three Division I transfers to bolster a roster led by starting guard Devontae Shuler.

“We have a more athletic, more physical-looking SEC roster to where we have 10-12 guys we can put in an SEC game,” Davis said.

Ole Miss dipped to 15-17 last season and finished 12th in the Southeastern Conference with a 6-12 league mark. The Rebels snapped a four-year NCAA Tournament drought two years ago and won 20 games in the debut season for Davis.

Now, Ole Miss must replace the league’s No. 2 scorer in Tyree, who averaged 19.7 points a game. Forward Blake Hinson, a double-digit scorer, is also gone.

Davis does feel like he has a number of SEC-caliber players, an especially important consideration given the COVID-19 uncertainty.

“We’ve coached some good players here in my first two years,” Davis said. “Nothing against talent, we’ve got more depth, more length, and we’re stronger. I think, just early on, we’ve got more guys we’re going to be able to put into these games.”

Joiner, who is from Oxford, earned first team All-Western Athletic Conference honors before transferring. He sat out last season after averaging 15.6 points and shooting 37 percent from 3-point range as a sophomore.

Tyree finished his career ranking sixth in school history with 1,797 career points, leaving a big scoring void. Davis does find a silver lining, though, and feels like the Rebels “have a lot of very capable scorers.”

“We probably depended too much on Breein down the stretch to score,” the coach said, predicting a more balanced team.

Forward Luis Rodriguez is back after his season ended with a broken foot after five games. He was averaging 5.8 points and 5.2 rebounds.

“You just forgot how much we missed his toughness and physicalness and how much he affected our team last year,” Davis said.

Highly touted freshman Matthew Murrell comes in as Davis’s highest rated recruit. The 6-4, 200-pound guard was rated the No. 39 overall prospect in the 247Sports Composite rankings. Davis called him “the most receptive young player to coaching that I’ve ever coached.”

Ole Miss opens Nov. 25 against Central Arkansas, with Jackson State and Arkansas State visiting in a three-game, three-day stretch. That replaces the Cayman Islands Classic trip originally on the Rebels’ schedule. The home nonconference schedule also includes a visit from Memphis and a visit to Dayton. 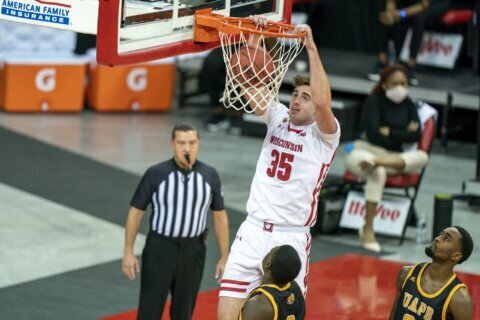 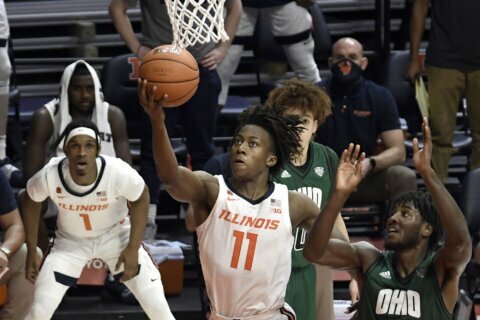