No. 11 Kentucky women roll with new coach, without Howard

LEXINGTON, Ky. (AP) — Chasity Patterson scored 30 points and No. 11 Kentucky, without its all-time winningest coach and first-ever preseason All-American, opened its season with an 86-60 win over Murray State on Wednesday.

Matthew Mitchell, who is 303-133 in 13 seasons with the Wildcats, abruptly resigned less than two weeks ago for health reasons and two hours before the game interim head coach Kyra Elzy announced Rhyne Howard was suspended for two games “for not upholding the standards of the program.”

Patterson hit a 3-pointer, added a three-point play and drilled another trey to start a 17-2 run that put the Wildcats up 17-5 midway through the first quarter. They hit all seven of their shots in that span. Kentucky led 30-14 after one quarter with Patterson scoring 13. Patterson had 21 points at halftime, going 5 of 6 from the field and 9 of 9 at the foul line. She finished with a career-high eight steals, the most for a Kentucky player in nine years.

Blair Green matched her career-high of 13 points with three 3-pointers off the bench for the Wildcats and freshman Treasure Hunt started at point guard and scored 12 points.

Katelyn Young led the Racers with 14 points and 14 rebounds but Murray State had 32 turnovers Kentucky turned into 40 points.

Mitchell fell and suffered a concussion over the summer and later had surgery for blood on the brain. Still not feeling 100%, he resigned on Nov. 12. 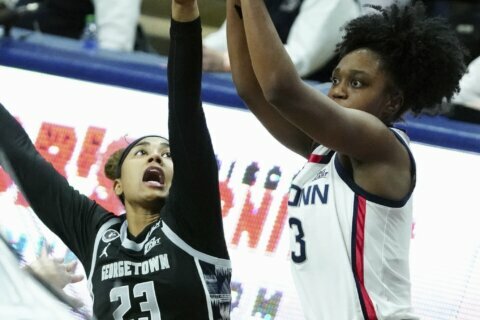 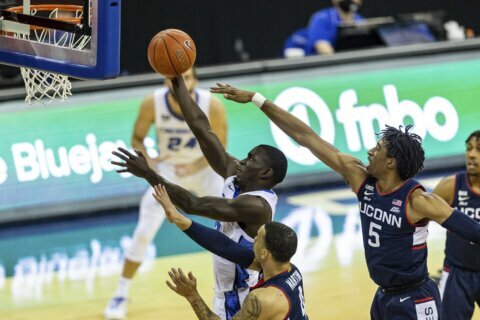 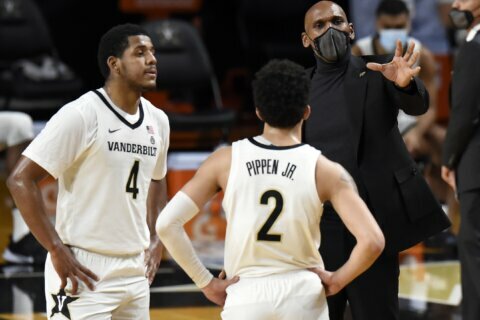