Henderson finished two points shy of a career high. She was 8 of 13 from the floor and had nine rebounds for the Gamecocks (2-0)

Mikesell, a junior transfer from Maryland, made seven 3-pointers in the first half, helping the Ducks to a 71-25 lead. Sedona Prince added 17 points, and Lydia Giomi had 15 points and 13 rebounds.

Katie Benzan led Maryland (1-1) with 16 points. The Terrapins had won 18 straight games dating to a victory at Michigan on Jan. 12.

Dee Bekelja had 24 points for DePaul. The Blue Demons played with masks in their opener.

FORT MEYERS, Fla. (AP) — Chelsea Dungee scored 19 of her 25 points in the second half, 10 in the fourth quarter, and Arkansas made four free throws in the final 11 seconds to beat Florida Gulf Coast in the Gulf Coast Showcase.

Makayla Daniels added 15 points for the Razorbacks (3-0). Ramirez and Destiny Slocum each had 12 and Taylah Thomas had 11 points and 10 rebounds.

Greer, a graduate transfer from Colgate, had three of her four 3-pointers in the first half. South Dakota State went 13 for 13 from the foul line in the fourth quarter and 23 of 26 overall to hold off the Cyclones for its 12th victory over a ranked opponent.

All-American Ashley Joens had 35 points and 12 rebounds for the Cyclones (1-1). They played without coach Bill Fennelly because of COVID-19 protocol. 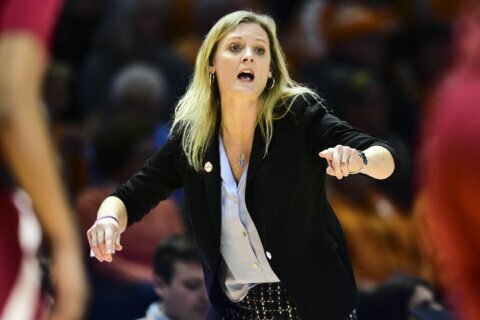 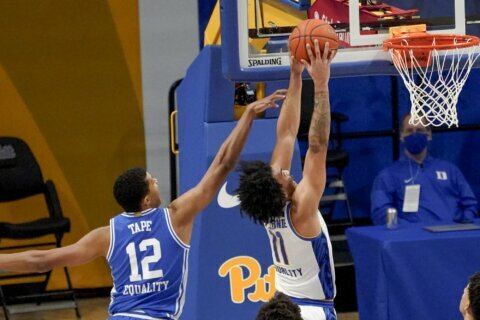