The school announced Evans’ death on Sunday upon confirmation from his family. He had 716 points and 549 rebounds in 83 career games over three seasons from 1952-55 playing under legendary coach Adolph Rupp.

Evans was selected by the Rochester Royals in the fifth round of the 1955 NBA draft, a year before he won gold with the U.S. at the 1956 Olympics in Melbourne, Australia, with Naismith Memorial Hall of Fame teammates Bill Russell and K.C. Jones.

A forward known for being a team player who did a little bit of everything for the Wildcats, Evans played with teammates and fellow Hall of Famers Cliff Hagan, Frank Ramsey and Lou Tsioropoulos that unbeaten season. Kentucky received its second Helms Foundation national championship in 1954 but declined an NCAA Tournament bid a year after suspension. The Wildcats won SEC championships in all three of Evans’ seasons.

The Berea, Kentucky, native averaged 13.9 points and 8.5 rebounds his final year and was an Associated Press All-Southeastern Conference third team selection. He was later a charter member of Kentucky’s Athletics Hall of Fame class, and his jersey hangs from the Rupp Arena rafters. 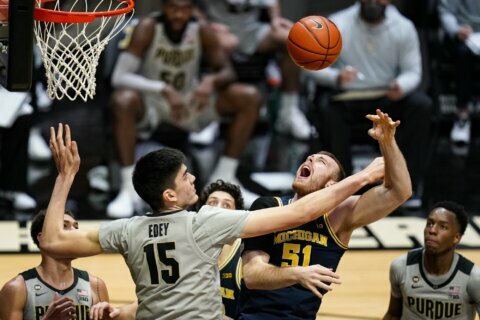