Baylor senior guard DiDi Richards has no structural damage to her spine and is recovering from a collision in practice…
Listen now to WTOP News WTOP.com | Alexa | Google Home | WTOP App | 103.5 FM

Baylor senior guard DiDi Richards has no structural damage to her spine and is recovering from a collision in practice with a teammate that initially left her without any feeling in her lower legs.

While Richards’ status for the season remained uncertain Monday, she said she was getting better every day while “taking it one step at a time, literally.” The versatile and upbeat player, the nation’s top defender last season, said she intends to play.

Baylor athletic trainer Alex Olson said Richards had seen several doctors in the Waco area and had a full head-to-toe evaluation by a neurologist last week. Olson said there have been no abnormalities in any of the scans.

“That’s all really good news and encouraging, along with the fact that every day she’s progressing and getting better,” Olson said. “The timeline, we don’t know. It just goes literally by how she’s feeling. And so we’re all optimistic that she’ll come back this year. But there’s no guarantees that’s going to happen.”

Olson said Ursin will have to be free of concussion symptoms before moving to the fourth of a five-step protocol to get back on the court. Ursin said she too was feeling better every day.

Richards was briefly unconscious after the collision, but Olson said she was able to answer and respond to all questions after that. Precautions were taken for a spinal cord injury, and she was taken to a hospital, where she was treated and released.

“Leaving the hospital, I was able to get up and walk with some support,” Richards said. “And now I’m going through rehab. I’m moving, my walk is looking a lot better. I’m still needing some support in some way, but every day is getting easier. So I’m hoping, yes, there will be a season.”

Richards averaged 8.2 points, 5.7 assists and 4.9 rebounds while starting all 30 games last season for Big 12 regular-season champion Baylor, which finished 28-2 and was No. 3 in the final Associated Press poll for the season that ended without an NCAA Tournament. Ursin averaged 5.1 points and started three games, but is expected to take on a bigger role this year.

Coach Kim Mulkey didn’t see the initial collision because she had leaned over to write something down.

“But I heard it, and by the time I looked up, they were both laying on the floor,” Mulkey said Monday.

Richards and Ursin, who had just scored a basket, were on the same team and were transitioning back to defense when, going full speed, they leaped into the air trying for a steal at the same time.

Mulkey has watched the incident on video several times, describing it as “a terrible collision midair.” The coach said the players were at the height of their jumps when Ursin’s head and shoulders hit Richards in the right hip. Richards did a full turn in the air before both players fell hard to the floor.

“In the moment, it was scary. It was a hit that I’ve never taken before,” Ursin said. “It was so quick I think that also scared me a little bit too, how fast it happened.” 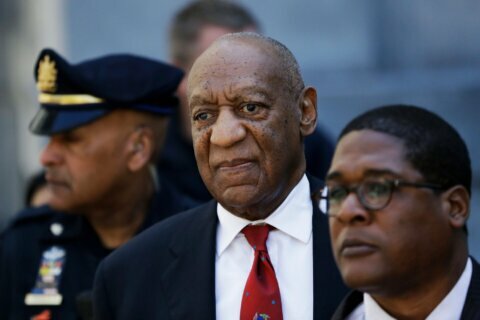