The Cougars made just four of their first 15 field-goal attempts as Utah Valley (1-1) built a 10-point lead about nine minutes into the game but Barcello scored 14 points — including four 3-pointers — as BYU closed the first half on a 30-6 run to make it 38-24 at the break.

The Wolverines trailed by double figures the rest of the way.

Trey Woodbury hit three 3-pointers and finished with a career-high 24 points and Jamison Overton scored 21 for Utah Valley. That duo was 16-of-30 shooting while the rest of the team combined to make just 5 of 27 (18.5%) from the field.

Mark Pope was the coach at Utah Valley from 2015-2019 before taking over at BYU prior to last season. 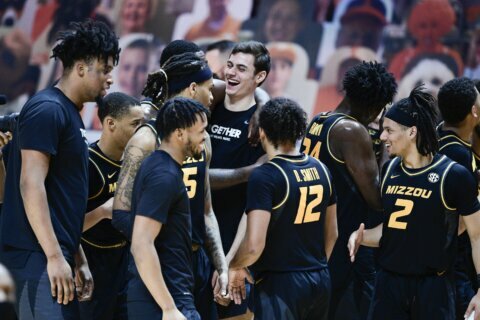