KANSAS CITY, Mo. (AP) — It was some time in January when Kansas State athletic director Gene Taylor approached Chris Klieman about a contract extension, one that would include a raise that put him in the upper tier of Big 12 football coaches.

The negotiations continued through February. They were almost done in March.

Then the coronavirus pandemic hit. The men’s and women’s NCAA basketball tournaments were canceled, a big blow to the bottom line for many schools. Universities that included Kansas State began to furlough employees and dramatically cut back on expenses, wary that the virus could prevent college football from happening at all this fall.

So yes, Klieman is keenly aware of the optics that come with his lucrative contract extension, which rather than being announced in April was finally disclosed Monday. He understands there are still plenty of people struggling to make ends meet, and he feels empathy for the hundreds of university employees still facing furloughs this fiscal year.

“When the pandemic hit,” Klieman said Tuesday, “we kind of stopped everything. But then when we started playing football, I know it start back up with Kansas State and the representation I have, and it really for me starts in 2021. We still have our reduction of pay this fiscal year, and the timing isn’t good all the time, but I appreciate the faith Gene has in me.”

Klieman and basketball coach Bruce Weber agreed in late April to 13% pay cuts for the fiscal year beginning July 1, and those reductions remain in place.

Given that Klieman led the Wildcats to eight wins and a bowl game in his first season, and already has upset then-No. 2 Oklahoma and beaten West Virginia to start 2-0 in the Big 12, that pay scale seems like a relative bargain

In fact, Klieman’s original six-year, $16.9 million contract made him the lowest-paid coach in the conference.

The hefty raise puts Klieman on par with the rest of the Big 12 coaches hired during the 2018 carousel: Kansas coach Les Miles, who has just three wins through 14 games; West Virginia’s Neal Brown, who went 5-7 last season and is 1-2 so far this season; and Texas Tech’s Matt Wells, who was 4-8 in Year 1 and lost to Kansas State on Saturday to fall to 1-2.

“We had been in discussions for an extended period of time, but certainly with sensitivity surrounding the COVID pandemic, we wanted to wait and finalize this contract once we were back to playing football and had some sense of certainty,” Taylor said.

The decision to finish the deal while the pandemic is still raging amounted to a tenuous balancing act. Kansas State still plans to furlough nearly 1,500 faculty and staff during this fiscal year, and the athletic department is still facing a significant budget shortfall. But the school also believes it has a winner in Klieman, and the contract extension not only reassures players and recruits that he’s staying put but also makes it harder for a rival to lure him away.

Klieman declined overtures from Michigan State and others during the last cycle of coaching changes, but that might not have been the case the next time a school with deep pockets came calling.

“I feel like we have the best head coach ever,” Kansas State safety Wayne Jones said earlier this year. “When you’ve got a good head coach, it just makes you want to go balls-to-the wall all the time for him. I’d do anything for Coach Klieman.” 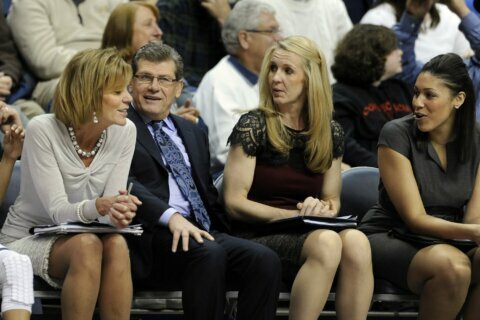