The lawsuit filed Tuesday in U.S. District Court in Lubbock, Texas, claims breach of contract, fraud, fraudulent inducement, defamation and sex discrimination. Stollings was fired on Aug. 6, a day after the scathing report was published.

“This termination could not properly have been for cause,” the lawsuit said. “Texas Tech’s own internal reviews had found — accurately — that Coach Stollings had not taken any actions which were in violation of her employment contract.”

Eric Bentley, general counsel for the Texas Tech University System, said Wednesday that the claims by Stollings in her lawsuit were without merit.

“Her dismissal was handled in accordance with her contract and was appropriate from a legal standpoint. Her mistreatment of student-athletes and the public embarrassment it caused the university was unacceptable,” Bentley said. “I am confident in the defense of our leadership, who did the right thing to prioritize the health, safety and well-being of our student-athletes.”

The lawsuit claims the school’s decision to fire Stollings was based on discriminatory biases against female coaches. It said Texas Tech and Hocutt “regularly, and in this instance in particular,” penalized female coaches for employing the “same demanding and effective coaching techniques” that male coaches used without consequence.

“I’ve spent the past 20 years dedicated to developing, advancing, supporting, and helping student-athletes reach their greatest potential. That’s exactly what I did at Texas Tech, and in return the university and Kirby Hocutt have treated me shamefully and dishonorably,” Stollings said. “The outpouring of support has been overwhelming from current members of the Texas Tech women’s basketball team, former student-athletes and parents, along with my coaching colleagues.”

Players made claims of abuse over the past two years in season-ending exit interviews that were obtained through an open records request by The Intercollegiate, an investigative media outlet for college sports. The details were published by USA Today.

That report indicated that players dreaded a heart monitoring system they said was misused in punitive ways, had to endure demeaning and threatening comments and were subject to sexually suggestive behavior from a strength coach who has since resigned.

Hocutt met with players after the report was published and said he realized “how deep the trust had been broken.” He then informed Stollings of her termination.

“At the center of of everything, it was just the lack of trust and of genuine relationships that existed, or did not exist,” he said. “This wasn’t a basketball-related matter, and the team made certain of that. From an X’s and O’s standpoint and competitive standpoint on the court, we’re very proud of what they’ve achieved.”

Stollings previously turned around the programs at Minnesota and VCU and did the same with the Red Raiders, a once-proud program that had fallen on hard times. Texas Tech finished 18-11 in Stollings’ second season after going 7-23 the year before she arrived. 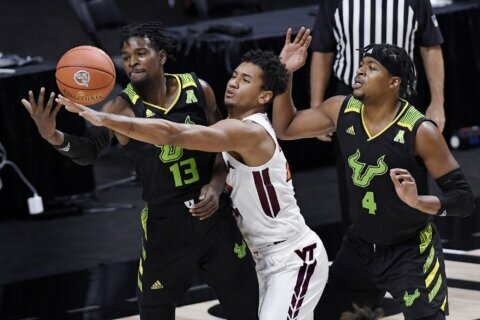 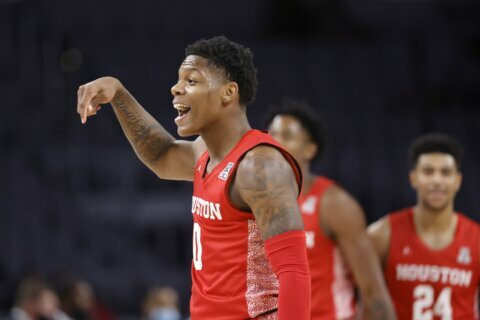