PHILADELPHIA (AP) — Jay Wright at last has some answers on when Villanova will start its season and try for…
Listen now to WTOP News WTOP.com | Alexa | Google Home | WTOP App | 103.5 FM

PHILADELPHIA (AP) — Jay Wright at last has some answers on when Villanova will start its season and try for its third national championship since 2016.

So many more uncertainties remain, though, for the Wildcats and the rest of college basketball as it sorts through the issues connected with a season in flux because of the COVID-19 pandemic. The Division I Council voted Wednesday to start the NCAA men’s and women’s basketball season Nov. 25, the day before Thanksgiving.

Great! Now, has anyone seen a schedule?

Wright said his Thursday was full of telconferences and talks with the Big East on how to firm up the schedule. The conference slate gets top priority before the Wildcats can figure out how nonconference games — like a December game against 2019 national champs Virginia at Madison Square Garden — or the valued Big 5 games — against other Philly hoops teams including Temple — can be pieced into the reduced 27-game schedule.

No solution seems off the table.

Wright, the two-time national champion coach, said there’s no timetable on when the schedule will be completed. More used to strategizing Xs and Os this time of year, Wright is juggling scheduling, health issues such as testing, and how to keep an eye on a roster still practicing in pod form. That means, just four players at a time. Teams can start preseason practices Oct. 14. Beginning Monday, teams will be allowed to participate in strength and conditioning and sport-related meetings and skill instruction for up to 12 hours a week, with an eight-hour limit on skill instruction.

“We’re trying to make our decisions on the run and be comfortable with that,” he said. “We’re preparing like everybody can go but we always know, if we have to change something, everybody’s ready to do that.”

Wright said a bubble for a portion of the Big East schedule was among “a number of considerations” to play a conference season. He added a bubble seemed unlikely.

There was no indication how many games Villanova would play at its 6,500-seat on-campus arena vs. the 20,000-seater at the Wells Fargo Center. The Wildcats play a handful of games each season at the 76ers’ arena and there could be a greater push to schedule games there should fans eventually be allowed to attend. But if fans aren’t allowed — like they haven’t been at Eagles and Phillies games — it’s not worth the trip to South Philly and the Wildcats would just play at the Pavilion.

Wright, who made a reported $4.4 million last season, said he was among the university leaders who took a pay cut during the pandemic.

“I thought it was very compassionate of our president and very consistent with our Villanova mission,” Wright said. “He wanted to make sure that the people that showed up to work every day, worked in the cafeteria, worked on our grounds, that they kept their jobs.”

Wright, who said Big East teams will wear Black Lives Matter patches this season, was simply happy to talk Villanova basketball. Long linked to NBA vacancies, Wright quickly pulled himself out of contention for the 76ers job that opened when Brett Brown was fired last month.

“It was starting to just become too much of our daily conversation,” Wright said. “I had not had any conversation with the Sixers. I was trying to go about our job here. I just wanted to end any speculation.” 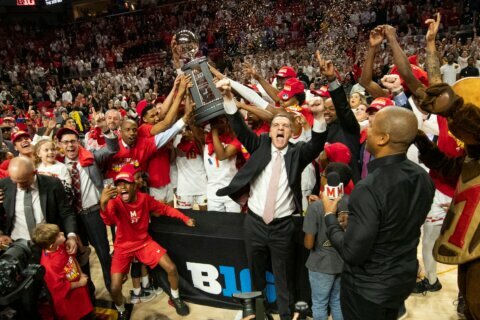 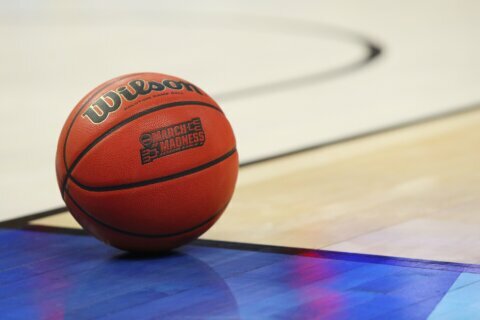