OKLAHOMA CITY (AP) — Oklahoma State coach Mike Boynton kept star recruit Cade Cunningham from leaving the program, in part, because he was willing to lose him.

Cunningham, one of the nation’s top basketball recruits, has chose to remain at Oklahoma State despite the program being banned from the 2021 postseason. Cunningham was impressed with the way Boynton approached him after the NCAA handed down its decision.

“There’s not a lot of coaches that would say, ’Do what you want to do, I’m going to help you if you want to leave,” Cunningham said Wednesday.

Cunningham won the Naismith High School Trophy given to the nation’s best player. He is No. 1 in the Rivals and 247Sports recruiting rankings for his class and No. 2 in the ESPN 100. The 6-foot-7 point guard from Arlington, Texas, was the key piece of a highly ranked class.

“At first it was tough because when they first made the ruling, all the emotions are running super high and so you want to explore all your options,” he said. “After kind of settling down and really looking into everything, at the end of the day, coach Boynton’s who I wanted to play for.”

Cunningham is likely a one-and-done player, so he is prepared for the possibility that he may never play a postseason game for the Cowboys. Oklahoma State is appealing the ban.

“I think it’s important but I’m not going to get my hopes up,” Cunningham said. “I still feel like there’s so much that we can accomplish as a team to impact the future. Playing in the postseason — that’s all been a dream of mine, but I’m really just excited to get to work with the team and see if we can win a Big 12 Conference championship.”

Cunningham said having his brother, Cannen, on the Oklahoma State staff played a secondary role in his decision to stay.

“My brother has been one of my biggest influences in life,” Cade Cunningham said. “He’s been my biggest life coach besides my parents. So being around him for another year was super important to me, but I feel like him being there was just a cherry on top.” 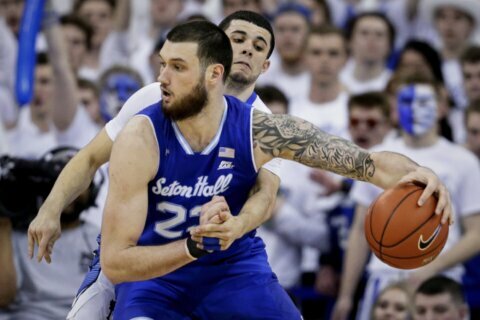