COLLEGE PARK, Md. (AP) — In a game billed as a showdown for first place, No. 10 Maryland emphatically proved to be the team most deserving of standing alone atop the Big Ten.

Seeking revenge for a loss at Iowa last month, Maryland (21-4, 12-2 Big Ten) never trailed in extending its winning streak to 10 games. The Terrapins led by 11 after the first quarter, expanded the margin to 25 at halftime and took a staggering 74-38 lead into the fourth quarter.

“Like wow, that was a lot of fun,” Terps coach Brenda Frese said. “The thing I love about this team is that they’re a bunch of competitors. This is a game I knew they’d be ready to play. A prideful game for us.”

“It started defensively from the tip,” Frese insisted. “We set the tone.”

Iowa coach Lisa Bluder could only hope that this was an aberration, rather than evidence of Maryland’s overwhelming superiority.

“You really have to, because we’ve played well and you don’t ever want to have one game ever define a season, whether it’s a win or whether it’s a loss,” she said.

Ashley Owusu had 17 points and 10 assists, Shakira Austin scored 20 points and Stephanie Jones added 16, making all eight of her shots from the floor.

It all added up to Maryland’s largest margin of victory over a ranked opponent in Big Ten play since the Terps joined the league in 2014.

Monika Czinano led Iowa with 15 points and Kathleen Doyle scored 10 on 4-for-16 shooting. The Hawkeyes committed 27 turnovers, shot 40 percent and were outrebounded 38-31.

“We get in the gym tomorrow, we get into practice and we acknowledge we have a lot to work on. That’s what this shows,” Czinano said. “But you flush it, you watch film on our next game (against) Wisconsin and you move on.”

In the game at Iowa, Maryland guard Taylor Mikesell scored five points and went 1 for 9 from beyond the arc. This time, she nailed her first four 3-point attempts to help Maryland build a 34-16 lead early in the second quarter.

Charles had 14 points, and Mikesell and Owusu had 12 apiece to help Maryland go up 48-23 at halftime. Though the Terrapins had numerous layups and went 10 for 17 from the floor in the second quarter, their defense was even more impressive.

Pressing from the outset, Maryland forced 12 turnovers in first half — including three shot-clock violations — and limited Iowa to 10-for-26 shooting.

When these teams met at Iowa, Maryland trailed 39-30 at the break.

Iowa: The Hawkeyes never had a shot while being held to a season low in points. They were so outplayed and so sloppy, it’s hard to fathom how they took apart Maryland just a month ago. Maybe it was just an off night, but Iowa has to wonder how to close the current gap between these teams if they meet in the Big Ten Tournament.

Maryland: This is what was expected all along from the Terrapins, who finally are living up to their preseason status as overwhelming favorites to win the conference. It doesn’t get any more impressive than this display of dominance.

Charles came within one rebound of a double-double and moved over 1,900 points over her career. She is one of six Terps in the top 10 of the school record book in both points and rebounds.

Iowa faces Wisconsin on Sunday, the first of three straight home games for the Hawkeyes. 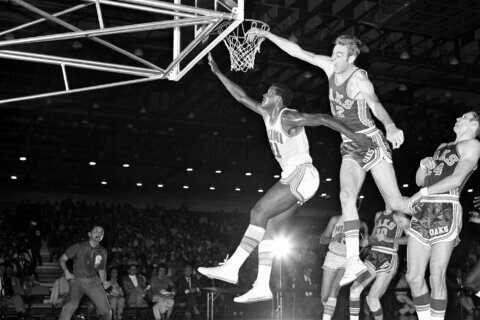 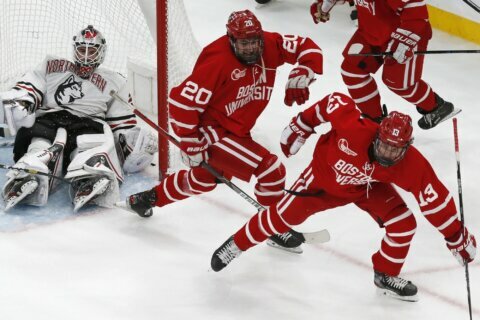 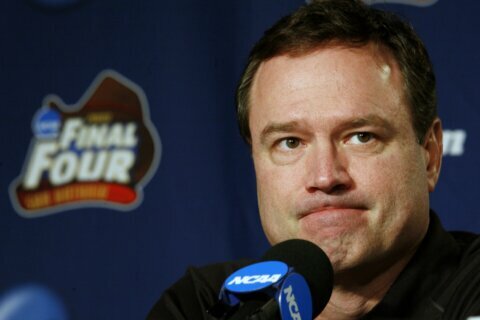