KNOXVILLE, Tenn. (AP) — Tennessee’s streak of participating in every women’s NCAA Tournament could be in jeopardy — again.

The Lady Vols (17-9, 7-6 SEC) have lost five straight games as their schedule has toughened considerably over the last few weeks, though they won’t play a team with a winning record the rest of the regular season. The late slide comes one year after Tennessee earned one of the last at-large bids into the NCAA Tournament and fell to UCLA in the first round.

Tennessee is 55th in the RPI, which is still used as an NCAA Tournament evaluation tool in women’s basketball even though it’s no longer a factor in the men’s selection process. Last year, Tennessee was 60th and had the lowest RPI of any team to earn at at-large bid.

That leaves the Lady Vols with little margin for error.

“I think we have to maximize every day, whether that’s a game, practice or off day,” coach Kellie Harper said. “We’ve shown some improvement. We have to continue to improve — and we have to clean some things up, and I think we know that.”

The Lady Vols have reached the tournament every year since the NCAA started running the event in 1982. Tennessee is the only program with that distinction.

Harper was part of that history.

The former point guard played on three straight national championship teams from 1996-98 and now is in her first year coaching her alma mater. Tennessee’s previous coach, Holly Warlick, was fired last year after going 172-67 in seven seasons but failing to get the Lady Vols beyond the second round of her last three NCAA Tournaments.

Tennessee has faced plenty of obstacles in Harper’s debut season.

The transfers of Evina Westbrook to Connecticut and Mimi Collins to Maryland meant Tennessee returned only two of its top six scorers from last season. One of those was Zaay Green, who played just two games this season before tearing the anterior cruciate ligament in her right knee.

Tennessee still won 15 of its first 18 games and was in the AP Top 25 as recently as last week thanks largely to junior Rennia Davis, who ranks second in the SEC in scoring (18.1 points per game). But the Lady Vols have struggled lately against a back-loaded schedule.

“We knew it was going to be a tough stretch,” said Harper, who coached Missouri State to an NCAA Sweet 16 appearance last season. “When you picked up the schedule, you knew what this was going to be. If I had this designed, it would have been earlier in the season so we could get through it, learn from it and move on, but it comes at a late time. It is what it is.”

The tougher schedule has exposed Tennessee’s inability to take care of the ball consistently. The Lady Vols are committing 16.9 turnovers per game. Vanderbilt and Mississippi are the only SEC teams turning the ball over more often.

Tennessee has an interesting postseason resume because the Lady Vols lack embarrassing losses or notable wins.

Charlie Creme, who forecasts the NCAA Tournament bracket for ESPN, says he currently has Tennessee in the field but has the Lady Vols ahead of only four other at-large teams. Creme said Tennessee would be in “real trouble” if it loses any of its final three regular-season games.

“That would mitigate sort of that one part of the resume that stands out, that they haven’t had any bad losses,” Creme said. “The quality of the teams that they’ve lost to is pretty good, even though it’s been a bunch of them now.” March Memories: This season included a few great courses, but I missed dessert 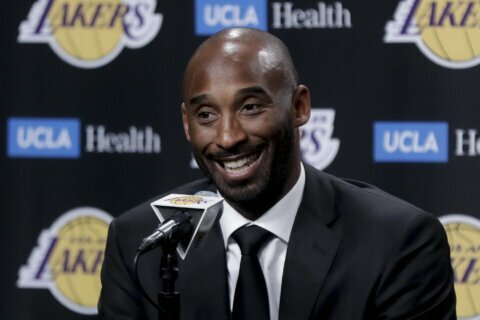