BOTTOM LINE: NEC foes meet as Sacred Heart faces Robert Morris. Sacred Heart came up short in a 72-65 game at St. Francis (Pa.) in its last outing. Robert Morris lost 53-49 loss at home to Merrimack in its most recent game.

SENIOR STUDS: Robert Morris’ Josh Williams, AJ Bramah and Yannis Mendy have collectively accounted for 49 percent of the team’s scoring this season and have scored 56 percent of all Colonials points over the last five games.

DIALING IT UP A NOTCH: The Colonials have scored 75.8 points per game and allowed 60.6 points per game against NEC opponents. Those are both substantial improvements over the 76.3 points scored and 72.8 points given up per game to non-conference foes.ACCURATE ANOSIKE: E.J. Anosike has connected on 29.2 percent of the 48 3-pointers he’s attempted and has made 8 of 17 over his last five games. He’s also made 76.2 percent of his free throws this season.

SCORING THRESHOLDS: Robert Morris is 0-8 when its offense scores 62 points or fewer. Sacred Heart is a perfect 5-0 when it holds opponents to 63 or fewer points.

ASSIST RATIOS: The Colonials have recently created buckets via assists more often than the Pioneers. Robert Morris has an assist on 55 of 84 field goals (65.5 percent) over its previous three games while Sacred Heart has assists on 34 of 74 field goals (45.9 percent) during its past three games.

DID YOU KNOW: Sacred Heart has attempted the second-most free throws among all NEC teams. The Pioneers have averaged 19.8 free throws per game, including 24.4 per game against conference opponents. 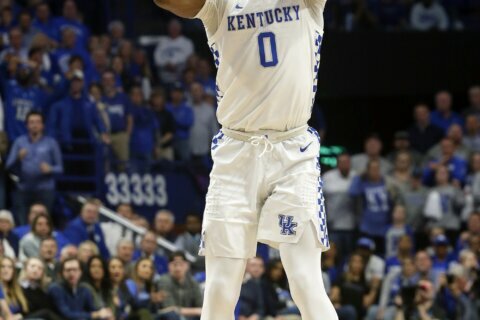 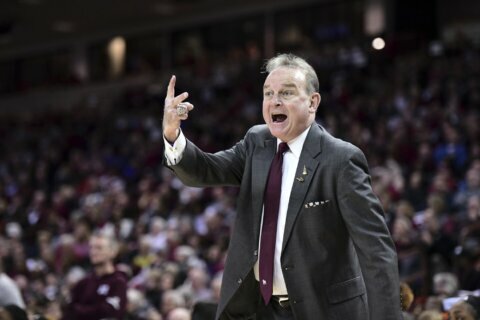 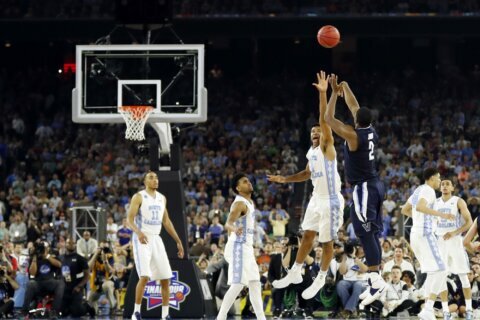 AP Was There: Villanova’s Jenkins beats Heels at ’16 buzzer