BOTTOM LINE: Charlotte goes for the season sweep over Old Dominion after winning the previous matchup in Charlotte. The teams last faced each other on Jan. 11, when Old Dominion made only one 3-pointers on 22 attempts while the 49ers hit 8 of 20 from distance en route to a 53-47 victory.

SENIOR STUDS: Charlotte’s Jordan Shepherd, Drew Edwards and Amidou Bamba have collectively scored 44 percent of the team’s points this season, including 47 percent of all 49ers scoring over the last five games.

CLAMPING DOWN: The Monarchs have allowed only 60.8 points per game to conference opponents so far. That’s an improvement from the 64.5 per game they allowed in non-conference play.TERRIFIC YOUNG: Jahmir Young has connected on 39.7 percent of the 58 3-pointers he’s attempted and has gone 5 for 10 over his last three games. He’s also made 73.2 percent of his foul shots this season.

STREAK STATS: Old Dominion has won its last three home games, scoring an average of 68 points while giving up 54.7.

ASSIST RATIOS: The 49ers have recently used assists to create buckets more often than the Monarchs. Old Dominion has 18 assists on 71 field goals (25.4 percent) across its previous three games while Charlotte has assists on 29 of 66 field goals (43.9 percent) during its past three games.

DID YOU KNOW: Old Dominion is ranked second among CUSA teams with an offensive rebound percentage of 32.1 percent. The Monarchs have averaged 12.3 offensive boards per game and 14.6 per game against conference opponents. 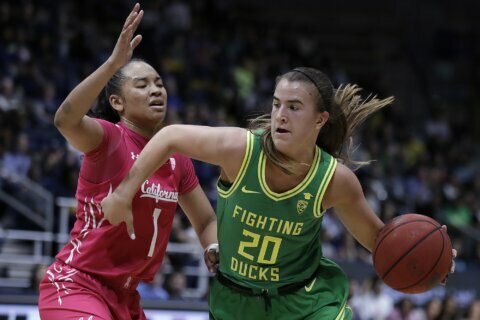