IN-CONFERENCE IMPROVEMENTS: The Vandals have scored 65.6 points per game and allowed 68.9 points per game in conference play so far. Those are both improvements over the 67.9 points scored and 72.1 points given up to non-conference opponents.CLUTCH CAMERON: Oluyitan has connected on 38.1 percent of the 84 3-pointers he’s attempted and has made 10 of 18 over the last three games. He’s also made 84.7 percent of his free throws this season.

STREAK STATS: Idaho has lost its last three home games, scoring an average of 65.3 points while giving up 74.3. 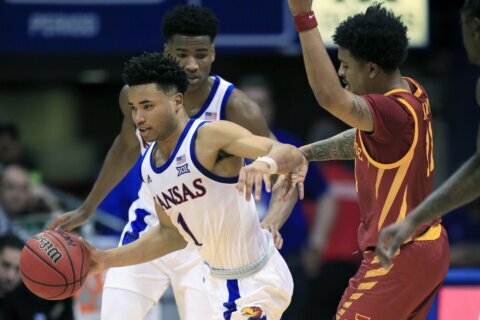