LOS ANGELES (AP) — Tired of doing nothing but practicing the last couple months, Onyeka Okongwu was eager to start the season.

The freshman made quite a debut.

Okongwu had 20 points, 13 rebounds and eight blocked shots, leading Southern California to a 77-48 victory over Florida A&M in the teams’ season opener on Tuesday night.

“It felt really good,” he said. “The biggest adjustment was getting used to the physicality.”

Okongwu is part of one of the nation’s top recruiting classes that includes Isaiah Mobley, who had 17 points and seven rebounds. Okongwu, from nearby Chino Hills High which produced Lonzo Ball, tied a school record with his blocks. As a team, the Trojans had 11 blocks.

“He has great timing. He was obviously quick off his feet,” coach Andy Enfield said. “Anytime you have rim protection it helps your defense. He’s relentless. When that shot goes up, he’s going to be somewhere and it’s usually toward the basketball.”

Enfield took Okongwu out of the game with seven minutes remaining.

“If he wants to break the school record, do it the next game,” a smiling Enfield said.

Okongwu and Mobley were teammates on Compton Magic, a top AAU travel team.

“The chemistry is there,” Mobley said. “Our games complement each other well.”

Both teams struggled out of the gate, shooting just over 30% and combining to go 3 of 13 at the free throw line in the first half when the Trojans led 24-23.

Okongwu was a focus of the Rattlers’ preparation.

“We anticipated the intensity that he plays with, the way he rebounds the basketball, the way he can test and block shots,” A&M coach Robert McCollum said. “Unfortunately, we didn’t do a good job of listening to the importance of shot-faking before you put up shots. As a result, he had an outstanding college debut.”

USC pulled away in the second half, opening with a 25-10 run propelled by Okongwu and Mobley who, along with Ethan Anderson, gave the Trojans three freshmen in the starting lineup. Senior Nick Rakocevic fouled out with four points and three rebounds.

“We knew we didn’t see the best in the first half,” McCullum said. “We talked about it at halftime. They’ll come out with more intensity the second half. They did, and we didn’t respond.”

DJ Jones was the only A&M player in double figures with 12 points. The Rattlers shot 32% from the field, finished 7 of 15 at the free-throw line and made one 3-pointer.

“It’s the first game and we have a lot of growth to do,” said MJ Randolph, who led the Rattlers with nine rebounds. “We should have come out harder and played harder and we didn’t do that.”

Florida A&M: The Rattlers were 12-19 last season. They face a tough nonconference schedule, with upcoming road games against Seton Hall, Tennessee, Washington State and Iowa State before starting MEAC play. They’re picked to finish ninth in the league after going 9-7 last season for their first winning record since 2006-07.

USC: The Trojans have 10 newcomers to mix with Rakocevic, Jonah Mathews, Elijah Weaver and Chuck O’Bannon. They beat No. 10 Villanova in an exhibition game last month with a roster that boasts versatility and an ability to guard multiple positions.

Mathews didn’t start because he was late for a few classes, Enfield said. He finished with nine points in 24 minutes.

Drake London watched the game from the bench. He’s at USC on a football scholarship and will join the basketball team when the gridiron season ends. “He was a great cheerleader and looked good in his sweat suit,” Enfield said.

Florida A&M: The Rattlers head to Honolulu to play Hawaii on Friday in the first of three games at the Rainbow Classic.

USC: Hosts Portland on Friday in the second of three straight home games to open the season. 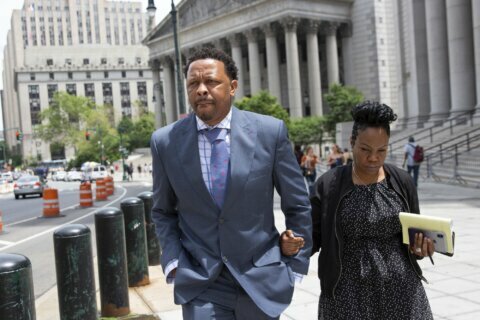 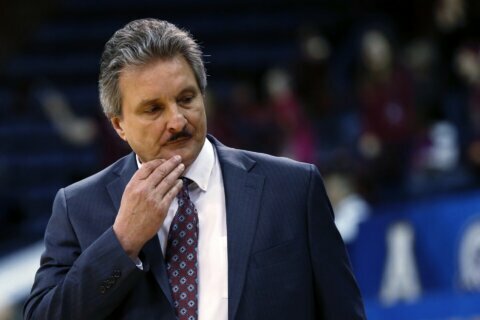