NEW YORK (AP) — Anthony Lamb drilled a jumper between two defenders with two seconds left to lift Vermont to a 70-68 win over St. John’s in a battle of previously unbeaten teams in a campus site first-round game of the Hall of Fame Tip-Off Tournament Saturday afternoon.

Vermont now is 4-0 for the first time since the 1977-78 season and the Catamounts are 28-1 against New York schools (Marist, Hofstra, Siena, St. Bonaventure, Albany, Binghamton, Stony Brook and St. John’s) since the start of the 2016-17 season.

Vermont led 66-59 with less than a minute to play. Mustapha Heron scored at the basket and added a free throw to cut the lead to four points with :39 left, then drilled a 3 with :30 remaining to make it a one-point game. Everett Duncan hit to free throws to push Vermont’s lead to 68-65, but with :19 left Rasheem Dunn hit a 3 to tie the game at 68-68.

Lamb got the ball at the 3-point arc coming out of a Vermont timeout, faked his solo defender twice, then drove to the elbow of the free-throw line and put a soft jumper up over two collapsing defenders for the game winner.

The Red Storm (3-1) called an immediate timeout, but LJ Figueroa turned the ball over with a second left.

Lamb, named to the Julius Erving Award watchlist for the nation’s top small forwards, finished with 23 points on 10-of-26 shooting while grabbing 13 rebounds and dishing five assists. Duncan and Stef Smith each added 17 points. The Catamounts now have had a player record a double-double in all four of their games.

Vermont travels to Virginia for its second-round game Tuesday. 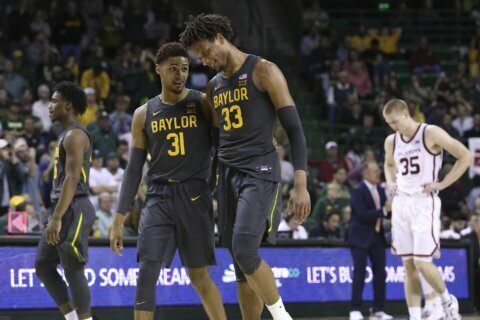 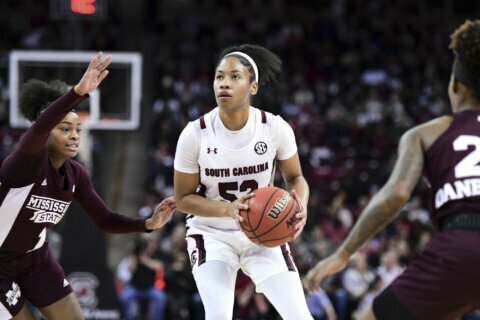 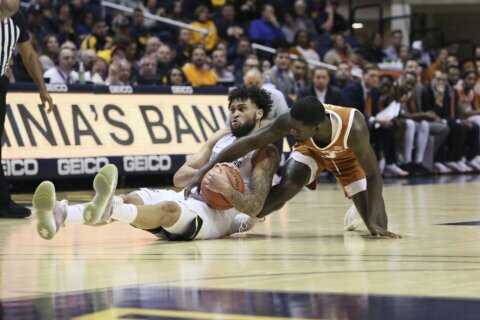