CORONAVIRUS NEWS: Latest COVID-19 numbers in DC, MD, VA | Staff not required to be tested before Mount Rushmore event | How to travel during the pandemic
Home » College Basketball » Kansas-Missouri hoops series to…

Kansas-Missouri hoops series to resume next season in KC

The acrimonious rivalry between Kansas and Missouri, once the longest continually played series west of the Mississippi River, will resume next season in Kansas City. The schools have agreed to play six times, with four of those matchups taking place on their respective campuses.

“Having coached a lot of games versus Missouri in my time in Kansas, I could not be more excited to start this series up again,” Jayhawks coach Bill Self, who had been among the biggest reasons the teams never played, said in a statement announcing the series Monday night.

The series began in 1907 with a pair of wins by Missouri in Lawrence. The schools went on to play 269 times over 105 years. The last meeting was on Feb. 25, 2012, when the No. 4 Jayhawks rallied from a 19-point second-half deficit to beat the No. 3 Tigers in overtime at Allen Fieldhouse.

The reason the series ended can be traced to Missouri’s decision to depart its longtime home in the Big 12 for the Southeastern Conference. During a period of chaotic conference realignment, the Tigers moved to what they considered a more lucrative league — even though it made far less geographic sense — and in doing so left the Big 12 scrambling for its very survival.

Many coaches and administrators at Kansas not only took umbrage with their decision but held a grudge for years. Among them was Self, who was asked periodically over the years if he could envision playing the Tigers again, and was usually steadfast in his refusal to schedule them.

Tensions finally cooled enough that on Oct. 22, 2017, the schools agreed to play an exhibition game in Kansas City dubbed “The Showdown for Relief” to raise money for hurricane relief efforts.

Kansas won 93-87 in their first meeting in five years.

The thousands of fans who turned up for the game, coupled with the buzz it generated on both sides of the Kansas-Missouri border, piqued the interest of new Kansas athletic director Jeff Long. He was not part of the conference realignment mess and harbored no ill will toward Missouri, making him the ideal figure to help patch up relationships and ultimately resume the rivalry.

“One of the best aspects of college athletics is rivalries,” Long said. “We have quietly sought input from fans and supporters on the renewal of this series and we believe the overriding sentiments are that this historic rivalry should resume.”

After the initial game scheduled for Dec. 12, 2020, at the Sprint Center in downtown Kansas City, the schools will alternate between Allen Fieldhouse and Mizzou Arena for the next four games. The final scheduled matchup will return to Sprint Center, though it’s possible the series continues.

It’s also possible that the basketball matchups are just the beginning.

“Hopefully, this renewal on the hardwood will lead to more opportunities down the road in other sports,” Tigers athletic director Jim Sterk said. “Rivalries make college sports great, and there is no question that when Missouri and Kansas face off in any sport, it’s important to a lot of people.” 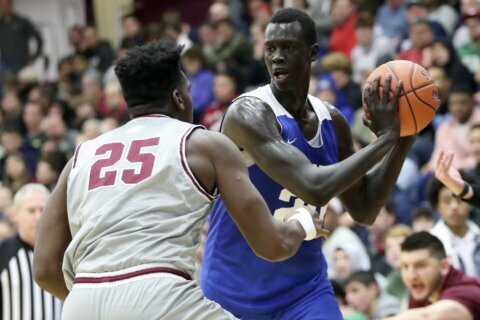