Ollie wins ruling on union protection in fight over firing

HARTFORD, Conn. (AP) — The arbitrator in the dispute between UConn and Kevin Ollie has ruled that the former basketball…

HARTFORD, Conn. (AP) — The arbitrator in the dispute between UConn and Kevin Ollie has ruled that the former basketball coach is protected by a union contract when it comes to the standard the school must meet in proving his firing was justified.

The collective bargaining agreement between the school and the American Association of University Professors, of which Ollie is a member, requires a showing of serious misconduct in order to fire an employee for “just cause” and also affords Ollie other union protections

UConn had argued that Ollie’s personal contract superseded the union deal, allowing it to fire him in March, 2018 for a broader range of offenses.

Arbitrator Marcia Greenbaum, in a decision filed on July 31, found that neither Ollie nor the union waived his union protections when signing his latest contract.

The arbitrator plans hearings to determine whether UConn fired Ollie for just cause, or if he is owed more than $10 million that was left on his contract, which was through June 30, 2021.

“Serious misconduct is the standard that now has to be proved by the university,” said Michael Bailey, executive director of UConn’s chapter of the AAUP. “I think, as the arbitrator said in her discussion, that is a heavy burden to be placed on the university.”

The school acknowledged Tuesday that the ruling will make proving its case more difficult.

“Nonetheless, UConn remains confident it can prevail in this matter, even against the higher standard, especially in light of the recent NCAA ruling,” said Stephanie Reitz, the school’s spokeswoman.

The NCAA Committee on Infractions last month placed the UConn program on two years of probation and sanctioned Ollie individually for numerous violations of NCAA rules during his tenure.

The Committee on Infractions said the violations mainly stemmed from improper pickup games at which student managers kept statistics for coaches, the use of a video coordinator as a coach, which resulted in more than the allowable number of coaches, and free training sessions provided to three players by a trainer who was friends with Ollie.

The NCAA issued a three-year, show-cause order for the former head coach for failing to promote an atmosphere of compliance and providing misleading statements to investigators and failing to monitor his staff.

That means that any NCAA member school that might hire Ollie must restrict him from any athletically related duties unless it shows why those restrictions should not apply.

Bailey said he is hopeful that, in the absence of a settlement, the arbitration process can be concluded by the end of the year 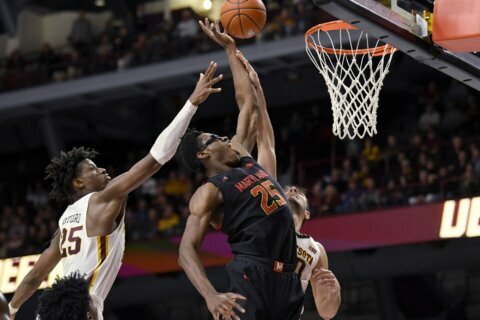 Maryland rallies from 16-down to beat Minnesota 74-73 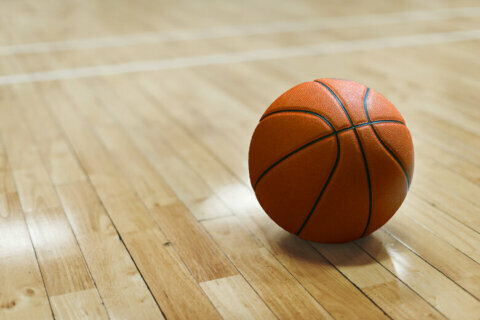