Michigan State University says three former men's basketball players have been cleared of wrongdoing in connection with allegations they sexually assaulted a female student in 2015.

EAST LANSING, Mich. (AP) — Three former Michigan State University men’s basketball players have been cleared of wrongdoing in connection with allegations that they sexually assaulted a female student in 2015, according to the school.

A report from a school-launched Title IX investigation did not find violations of university policy, spokeswoman Emily Guerrant told the Lansing State Journal for a story Saturday. The report was issued Wednesday.

ESPN , which first reported on the findings, said it obtained a copy of the 39-page report. School investigators questioned the accuser’s credibility because she possibly misidentified one of the players she said took part in the alleged assault, ESPN reported. The other two players told investigators the sex was consensual.

Guerrant told The Associated Press Saturday that the school is not releasing the report and didn’t give a copy of it to ESPN.

Bailey Kowalski also accused counseling center staff at the East Lansing school of discouraging her from reporting the rape. She filed a lawsuit in 2018 against Michigan State and the players who were not identified in the suit.

Karen Truszkowski, Kowalski’s attorney, said her client is “indignant” and “disgusted” by the results of the investigation by Michigan State’s Office of Inclusion and Equity.

“I don’t think she’s surprised by it but it’s disappointing,” Truszkowski told The Detroit News.

Truszkowski said she plans to appeal the results of the investigation.

Kowalski told reporters at a news conference in April that she was 18 on April 12, 2015, when she met the players at an East Lansing bar about a week after the team lost in the Final Four. She was later taken to one of the men’s off-campus apartments, where the players took turns raping her in a bedroom, according to the complaint, which says she thought she might have been drugged.

She awoke a few hours later on a couch, caught a taxi back to her dorm room and contacted university counseling center staff about a week later. After telling a counselor that basketball players were involved, she said the staff discouraged her from notifying the police.

Her lawsuit alleges that the university violated Title IX requirements and Kowalski’s rights by failing to follow normal reporting and investigative procedures when athletes were involved, actively discouraging victims from filing reports and not notifying them of reporting and confidentiality options. 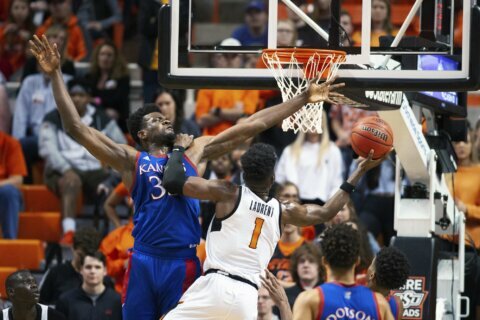