As part of a family with two Olympic runners, Kaila Charles felt obligated to test her athletic skills on the track. Fortunately for Maryland, Charles found a different sport to be more to her liking.

COLLEGE PARK, Md. (AP) — As part of a family with two Olympic runners, Kaila Charles felt obligated to test her athletic skills on the track.

Fortunately for Maryland, Charles found a different sport to be more to her liking.

Coming off a 36-point effort in the Big Ten title game, Charles will lead the No. 3 seeded Terrapins (28-4) into the NCAA Tournament on Saturday at home against Radford. The 6-foot-1 junior is averaging a team-high 17 points per game and is one of five finalists for the Cheryl Miller Award, which recognizes the nation’s best small forward.

Trading spikes for sneakers wasn’t an easy decision for Charles. Her mother, Ruperta Charles, ran the 100-meter dash for Antigua and Barbuda in 1984. Her older sister, Afia, competed for the same country in 2012 in the 400.

“There are Olympics running in my family, so I tried track. I could have been pretty good at it,” Kaila said. “I gave it a shot for my mom and she was happy that I tried. I found out what I really love is basketball.”

It seems as if Charles made the right choice. A unanimous All Big-Ten selection by the media and coaches, she helped Maryland win the regular-season conference title before ringing up 79 points in the Big Ten Tournament, capped by a career-high performance in a loss to Iowa .

“Kaila has really put the team on her back. It was some of her best basketball,” coach Brenda Frese said. “That’s where you want your team. We feel like everybody has taken the next step for this moment, the NCAA Tournament.”

Charles has a solid jump shot, but she’s at her best when driving the basket. Against Iowa, most of her 15 field goals were layups, and she went 6 for 7 at the foul line. Playing all 40 minutes, Charles also snagged nine rebounds and had two steals.

“It’s March . Kaila is the ultimate competitor,” teammate Taylor Mikesell said. “How she goes, we go. In this tournament, we’re really excited about what she has to bring.”

A star in high school at Riverdale Baptist in Maryland, Charles received scholarship offers from schools across the nation.

“I didn’t want to stay at home. I wanted a different experience because I’d been in Maryland my whole life,” she said.

Frese made the competition personal and got the desired result.

“She would call me once a week to check on me,” Charles said. “I talked to a lot of assistant coaches at other schools, but for a head coach to take time out of her busy schedule, that spoke volumes. It kind of sealed the deal.”

Much like choosing basketball over track, Charles made a decision that left her with no regrets.

“My coach is great and my teammates are caring and competitive. That’s what I was looking for, and it just so happened to be 15 minutes from home,” she said. “It’s the best of both worlds. I can be challenged and be on my own, but I can also just go home and be a baby with my family.”

Charles turns 21 on Saturday and said there’s no place she’d rather be than on the Maryland campus in the opener of the NCAA Tournament.

“Mom was talking about bringing a cake after the game,” she said. “It’s a different kind of birthday, but I get to celebrate with my teammates, my coaches and my family. And there’s nothing I’d rather be doing than playing basketball. Hopefully we get the win.” 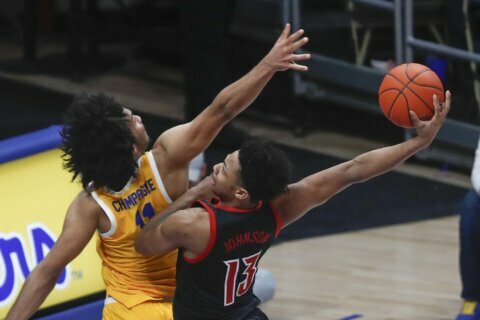 ACC leaders Louisville, Duke to clash on Saturday at Cameron 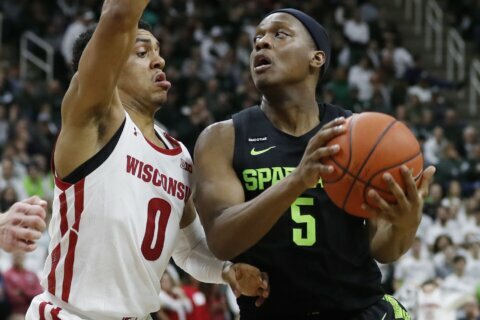