MILAN (AP) — Giannis Antetokounmpo got the day off. Greece rolled into the knockout stage of the EuroBasket tournament without him.

Kosta Sloukas scored 21 points, Georgios Papagiannis added 17 and Greece pulled away in the second half to top Great Britain 93-77 in a Group C matchup on Monday.

Antetokounmpo is expected to play in at least one of Greece’s final two group-stage games, the first coming Tuesday against Ukraine. The knockout round in Berlin starts on Saturday.

“He’s available and he will play tomorrow,” Greece coach Dimitris Itoudis said after Monday’s game. “He had a discomfort a little bit on his knee, nothing major. … We did not want to risk anything so we decided not to dress him up today.”

Kostas Papanikolaou and Michail Lountzis each had 10 points for Greece, which is now assured of a top-four place in the group. There are four groups with six teams in each at EuroBasket, with the top four finishers in each group headed to the knockout stage.

Greece used a 16-0 run to erase an early seven-point deficit. Great Britain closed within 53-52 in the third quarter, but Greece scored 40 of the game’s final 65 points.

Also at Milan, Ukraine is going on to Berlin for the knockout round.

At Prague, Nikola Jokic scored 13 points and Serbia (3-0) had six players in double figures as it clinched a berth in the knockout round.

Nemanja Nedovic and Vasilije Micic had team-high totals of 14 points for Serbia, while Nikola Kalinic scored 13, Vladimir Lucic had 12 and Marko Guduric finished with 11.

Lauri Markkanen scored 18 points for Finland (1-2), which got 10 apiece from Edon Maxhuni and Elias Valtonen.

A.J. Slaughter scored 24 points, Aleksander Balcerowski added 17 and Poland led most of the way to hand Israel its first loss.

Jan Vesely scored 24 points and the Czech Republic (1-2) kept its hopes of advancing alive by holding off the Netherlands (0-3).

Vesely was nearly perfect, going 9 for 10 from the floor and 6 for 6 from the foul line.

Martin Peterka scored 20 points, Tomas Kyzlink added 12 and David Jelinek scored 10 for the Czech Republic, which held on despite seeing a 23-point halftime lead whittled down to three in the final minute of play.

All 24 teams are in action, with all clubs playing their fourth game out of the five scheduled for each nation in the group stage. Group play games conclude Wednesday and Thursday. 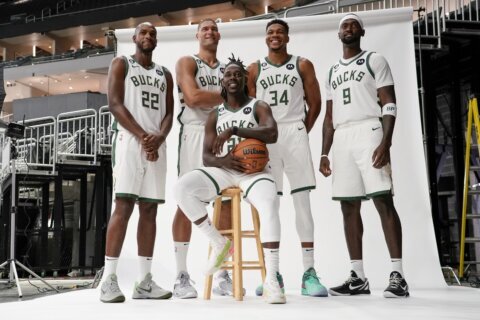 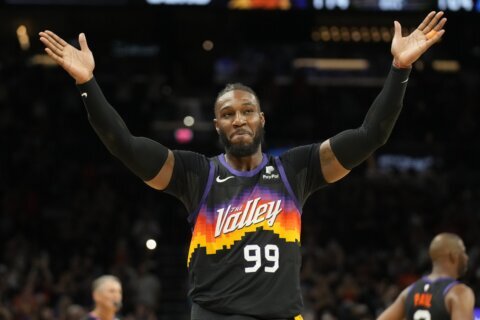