A diversity report found the NBA posting nearly across-the-board gains in hiring of minorities and women after a small, one-year dip in its overall grade.

Wednesday’s report card from The Institute for Diversity and Ethics in Sport (TIDES) at the University of Central Florida gave the NBA an overall A grade, with an A-plus for racial hiring and a B-plus for gender hiring. The report annually examines hiring for positions with franchises and in league leadership, with this study using data from the 2021-22 season.

A year earlier, the league saw its overall grade dip to a B-plus despite its status as the leader among men’s professional leagues evaluated by TIDES. It was the first time the NBA had failed to register at least an A-minus since 2006, though institute director and lead report author Richard Lapchick noted then that the decrease had been due largely to a methodology change to include team ownership.

“I think it’s significant that they got back to that kind of (level),” Lapchick said in an interview with The Associated Press. “They were still in the lead, but this is a show of marked improvement over the course of the past 12 months. I think clearly this is really good news for the NBA.”

Notably, the league has significant representation by people of color in leadership positions. That included 15 head-coaching jobs, 12 general managers and 50% of assistant coaching positions among the league’s 30 teams, according to the study.

“They are the public face of the franchise for the most part,” Lapchick said of coaches and GMs. “It’s who most people think about when they think about their team other than the players.

“And they’re the significant decision-makers. They’re the ones who are going to make the draft calls, make the trades. Obviously the coaches are going to decide who’s playing and the rotation. So to have such representation by people of color is very significant.”

The list of prominent names in those roles include Boston head coach Ime Udoka — who led the Celtics to the NBA Finals in his first season — along with the tandem of coach Monty Williams and general manager James Jones in Phoenix, which finished with a league-best 64 regular-season wins.

The number of head coaches of color will increase to 16 next season, tying the record from 2011-12. The Los Angeles Lakers hired Darvin Ham and the Sacramento Kings hired Mike Brown, while the Charlotte Hornets fired James Borrego — transactions that weren’t included in the 2021-22 data but highlighted the net-positive trend.

In gender hiring, the study highlighted women accounting for 43.4% of professional-staff roles at the NBA league office for an A grade, the highest percentage since the 2009-10 season study. Women also had gains in team-level areas such as vice presidents (30%, C-plus), senior-management roles (39%, B-plus) and professional staff (34.2%, B).

The league also earned an A-plus grade for its broad diversity initiatives.

“We remain encouraged by the progress on diversity at the league office and across our teams, which is a reflection of our ongoing commitment to be inclusive in all of our business processes and practices,” NBA Chief People and Inclusion Officer Oris Stuart said in a statement to The AP. “Diversity, equity and inclusion are core principles of the NBA and integral to our work. Those principles will guide our ongoing efforts and, we believe, will lead to continued improvement.”

This is the second study from TIDES for the 2021-22 or 2022 season, following Major League Baseball in May. Reports will follow for the WNBA, Major League Soccer, the NFL and college sports. 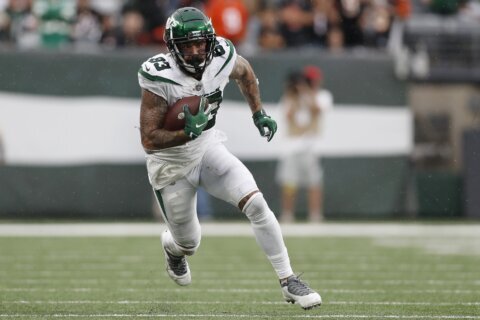 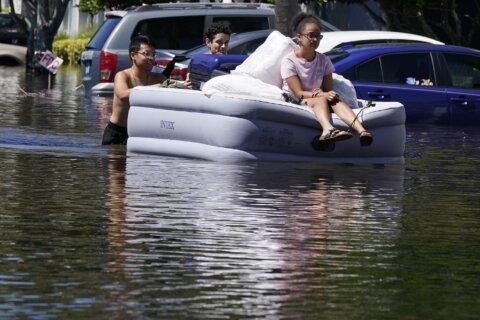