Silver confident that the NBA’s take-foul policy will change

Silver expects the rules regarding the play — where a defender intentionally commits a foul to halt a transition opportunity for the opposition — are going to change this summer. It’s been something the NBA and its competition committee have been studying for several seasons.

Momentum has been building for several months toward a change, one that now seems likely to come at league meetings in July.

“I am confident that we’ll see a change,” Silver said in an interview Friday with The Associated Press. “I would not say I’m overconfident that it will be the last change, even though this is a rule that we’ve been experimenting with in the G League for last four years.”

The way such fouls have been officiated in the G League since 2018 is this: When a defender commits a take foul, which is one where no play on the ball is made but doesn’t rise to the level of a clear path foul, the fouled team retains possession and gets one free throw before play resumes. The clear path foul results in two shots and the ball.

Under FIBA rules, which govern international basketball, the penalty for transition take fouls is two shots and the ball.

“I think the take foul needs to be abolished as soon as humanly possible,” Golden State coach Steve Kerr said earlier in these playoffs. “I coached in FIBA the last few summers and FIBA has a rule that basically eliminated it entirely. It’s so penalizing when you get called for it that coaches all teach their teams, don’t do it. That’s what we need to do as a league. … You’ve just got to get rid of it, make the game better, open up the game and hopefully that’s what will happen this summer.”

The G League and Summer League are the traditional testing labs for the NBA before making rule changes or amending policies. Among those that started at those levels and eventually got to the NBA — the coaches’ challenge, plus resetting the 24-second shot clock to 14 seconds in offensive rebound situations.

The take foul, Silver believes, is about to get added to that list.

“I always say to people, including on this potential change in take fouls, if there was something that was obvious it would have happened long ago,” Silver said after the dedication of a new NBA Cares Live, Learn or Play Center to assist the Boys & Girls Club of San Francisco. “There’s pros and cons to everything we do. This is a change I’m very much in favor of, and from all the research we’ve looked at, it’s something our fans really want too.” 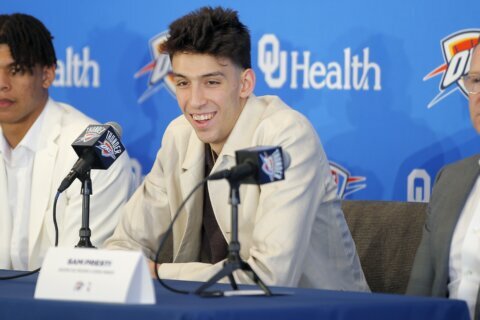